Even in a War a false white Flag is forbidden by Genfer Convention. So that is not even than a valid argument. And it has nothing in Comon with a War where your Life is on the Line. It is a move for douchbag Try hards.

You’re taking this way too serious.

I never let my guard down when the opponent calls gg unless if they’ve resigned. I think many times, the get frustrated that their army was killed but later realize the still have a chance. Or, as you’ve said, they’ll use it to make you think they’re done and launch a counter attack. Put simply: Don’t relax until you get a resignation.

Someone please add the “its a trap” meme with admiral ackbar! 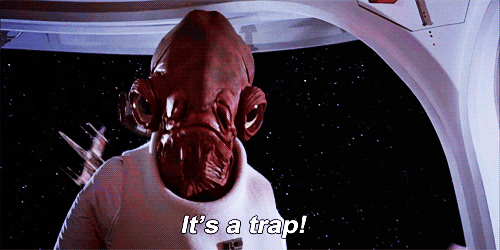 Dude, there are so many other things in this game that people could do, and an ambigious “gg” is where you cry foul?

What other things for example? Most Multiplayer just dont know much about social behaviour in generell thats true. Thats why they are cellar nerds and get over ambitious and toxic than they start loosing. End of Story.

Ignore the GG and play to the ‘you are victorious’ screen. I dont reply ‘gg’ until the game has finished. This way there’s no problem and their gg doesnt change anything. Can be frustrating tho man I hear that.

I think people who do that should be banned for at least a month, and then for life if they do it again afterwards

This kind of toxic behavior needs to disappear from this game

“a litttle under handed” ?
It’s about as low as one can get on this game

And regardless of what the end message says, he lost that game

yes it also reinforces more toxic behaviour in generell and makes the atmosphere in MP salty.

yes a fake GG is a complete Honor Titanic for the player who pulled it. No Person from Honor would argue.

I think people who do that should be banned for at least a month, and then for life if they do it again afterwards

I feel like you two are taking this behavior too serious.

There’s a difference between being rude and being an actual problem. I’d call drushing and laming and vill fighting rude, but game’s actually been moving towards it rather than away.

Well but thats part of the Game. You can also play Arena etc to avoid it if you dont like it. But it is of Topic here.

The chatlog is also in the game, though, and you can ignore it if you want to avoid it. I’m not saying ‘nooo ban drushing’, but you seem to be of the opinion that we need to do something about this chat trick? Or are you just venting?

drushing is a legit part of the game IMO
laming is rude
fake GG is a low blow, and it’s forbidden in tournaments, again, for a reason

I dont fall into that Trap again it not even worked the first Time. I am just courious how little people give to their Honor. I laugh at all upcoming Low Boobs that try to pull that Trick. So there need nothing more done.