Feature Request: Remove 'The Computer Personality you have chosen is already taken' in Multiplayer games 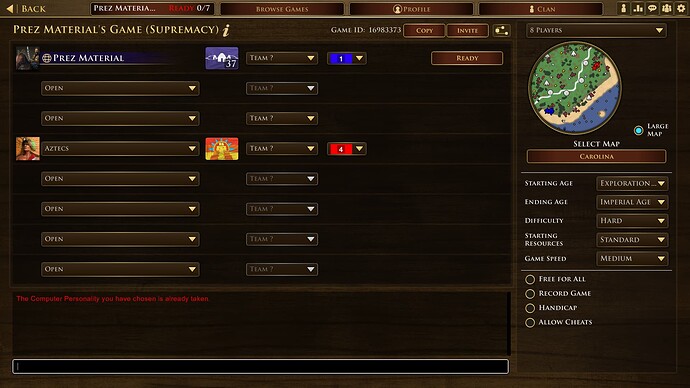 I wanted to do all Haudenosaunee vs all Aztecs with a friend online but was unable to due to the error 'This personality is already taken.

This is disappointing because in Single Player I can set as many AIs of the same civ as I want as can be seen here. 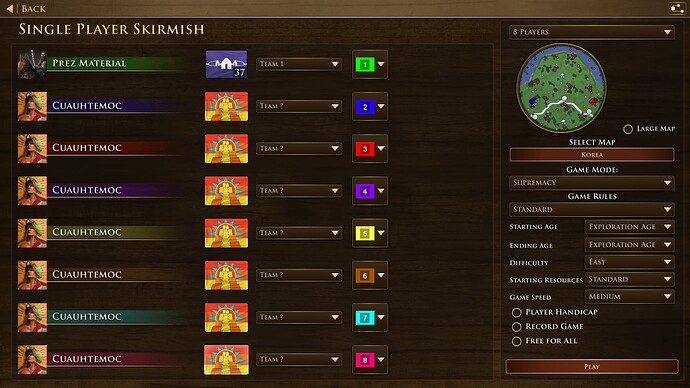 The game works fine it just lists each AI as ‘PLAYER #’ instead of their actual name, which while it looks weird I don’t think it breaks anything and it’s functional. I know that this was a holdover at one point from the original AOE3 which didn’t allow multiples of the same civ. But I think it’s time for this arbitrary restriction to go.

If the dev team could just enable it so that we could do this online as well I would be greatly appreciative. Thank you.