I’m currently editing a scenario and used triggers to increase the # of hitpoints to various fortified gates. However, as soon as the gate opens, it reverts back to the default HP - not only that but it looses ALL scenario edited properties including it’s name, as though the act of opening it just turned it into a completely new building. I’ve only tested this with fortified gates, so I cannot speak to whether the same issue occurs with stone or palisade gates.

Here is a picture which includes the scenario editor command, in-game selection showing the proper values and then the gate reverting to its default values after units walk through it.

I would expect the Gate to maintain it’s HP and other properties, regardless if it has been opened or not. 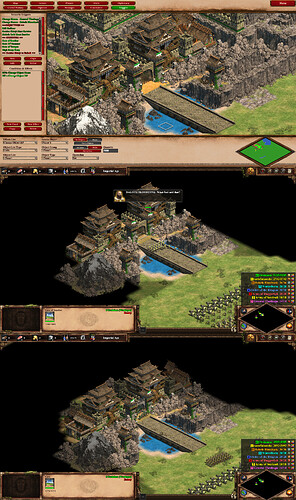 It is the patch number. The big number in the version shown in the home screen. 47 thousand something ATM.

Hey, I never heard back about this?

This issue is now being tracked, thank you for the report.