Forts can train falconets. I don’t remember them being able to do that before the last patch, and I don’t think they’re supposed to be able to. I tried for both British and Russians, and both could do it.

Seems like a similar bug to when Chinese forts could train Uhlans. Coincidentally, Polish soldiers from a Russian fort in China is actually historically accurate, and it would be a cool feature to bring back in a legitimate way. 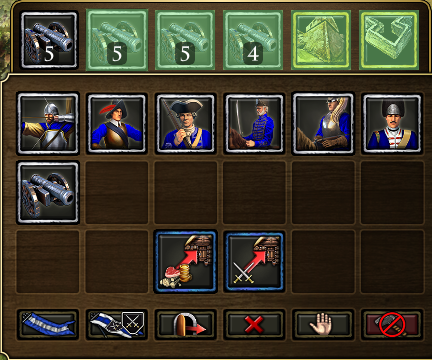 I think this is an intended change. Even the AI is using its forts to train falconets.

I like this change. Gives you another reason to construct forts.

Looks like China gets flamethrowers and hand mortars and Portugal gets organ guns so it may be intentional.

There are probably better ways of making forts viable instead of this. Especially when Mexico and USA have such easy access to them.

Sweden also gets to train leather cannon from them…

This is an intended change. Thanks for your report!