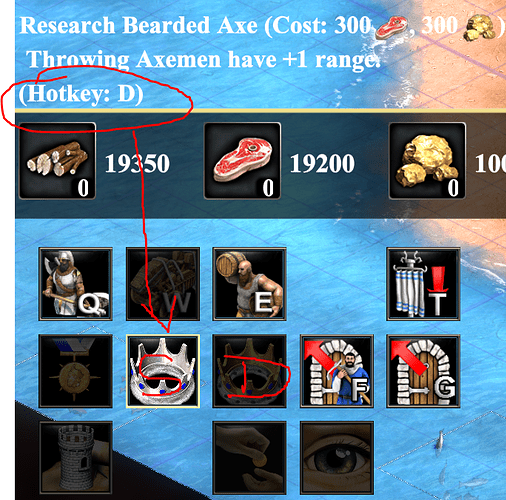 Could this be a mere result of moving Chivalry to the Imperial Age, therefore occupying the golden crown??

There’s no other explanation.

Yes, indeed. It was OK before the patch. Now the Franks are the only civ with D for the castle age unique tech and S for the imperial age one. It’s not consistent, the logic of the DE hotkeys mapping is broken and it should be fixed.

I guess this may or may not be a bug. There are two choices when swapping techs:

I understand that. However, the nice logic of the entire DE hotkey system is now broken for Franks.
We should be able to instantly know which key to press when looking at the panel, where all the icons are nicely mapped to the keyboard.

We can’t have it both ways.

There is only one choice for “DE Hotkeys” when swapping tech : follow the design/conception of the “DE Hotkeys” → “DE Hotkeys” are based on “grid layout” → this is an omission/bug.

Thank you for the report, we are aware of the issue