Anyone else seen this? I’ve seen it both times I’ve played french pass in 2v2.

Not sure if intended but seems weird, I prefer it with 2

Haven’t tested other map sizes but I’ll give it a go later if no one else confirms before I do.

Since the new patch with reduced map size, I’ve seen a lot of weird RNG. Espacially in reworked maps like French Pass. Here’s an exemple : 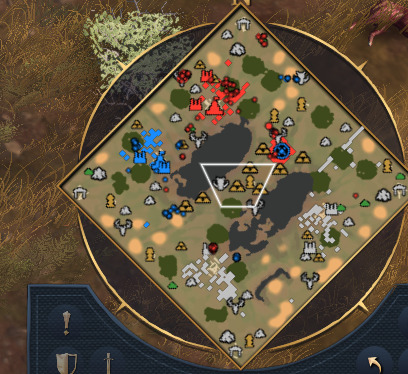 Only one Sacred site. 1 opponent spawning to close to the center.

They did the most stupid thing. Reduce 2v2 map sizes to small. I am having so much trouble building base because there is not enough space to put buildings. 2v2 map sizes were never problem. They were suppose to fix 3v3 and 4v4. Now its even breaking game and a lot of things are not spawning.