Perhaps I’m missing something, but the French Revolution deck has cards like “Imperial Old Guard” and “Genie Troops” which pertain to Grenadiers, but grenadiers aren’t available at the artillery foundry nor any other building.

Expect to be able to build grenadiers 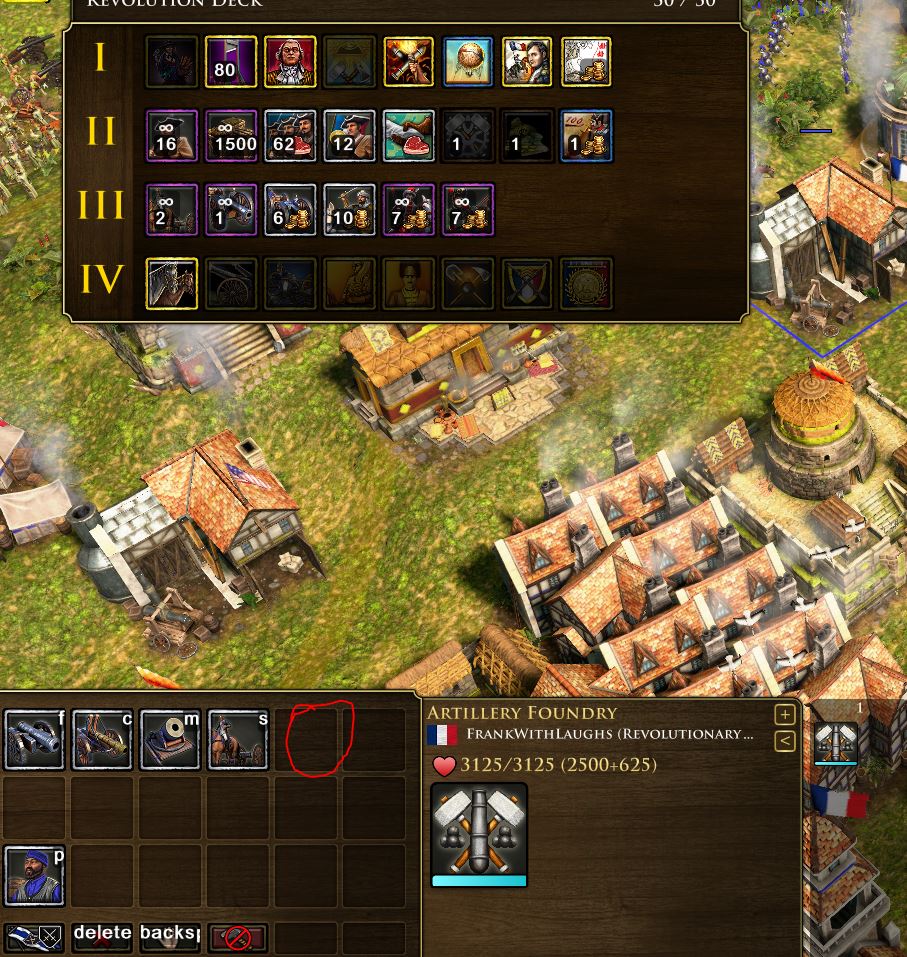 DESCRIBE THE ISSUE IN DETAIL (below). LIMIT TO ONE BUG PER THREAD. When you revolt as the new French revolution, there are cards which upgrade grenadiers, but grenadiers is not unlock. I see the data code of the game and, I see that th…

It is not a bug. You need to unlock grenadiers from church unique tech first.

If you read my thread, it’s a bug. The Young Guard tech is included in the code of the revolution.