From the last patch for balance, I think Dev did a much better job then before

I think this time Dev ADJUST Sweden is much better than before patches. (Yes I am using adjust not nerf).

This time they really understand Sweden has OP booming and weak at age2, and Dev adjusted accordingly (However we don’t if this is really balance and need some time).

Below is what I mentioned because almost every last patch balance topic there are always some guys disagree Sweden to be adjusted. What I see from their opinion is basically Sweden is OK even weak in PRO level, Sweden seldom appeared in high rank level because PRO know how to fight.
Here is what I write for the previous patch civs strength percentage (roughly). 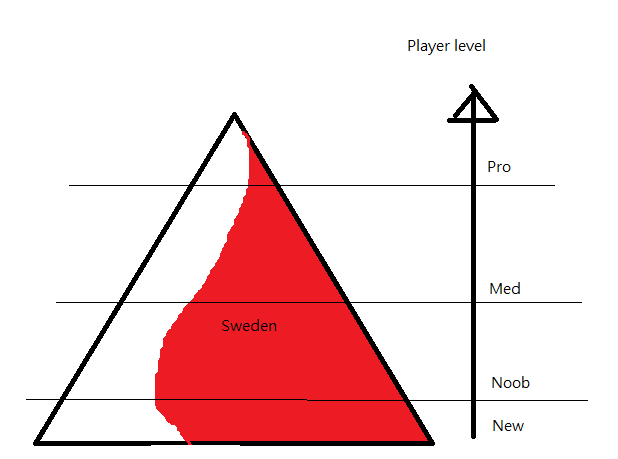 IMO sure this is not a fine/well balance game from only watching at pro level.
and I don’t know Devs prefer to see this situation or not, however at the last patch they did a much better job than before which I think is a really good start.
Just that makes many Sweden players dissatisfy.

I’m not sure, if using more mercenaries becomes a reward for civilization, then the advanced arsenal should be deleted.

The development team seems to want players to use mercenaries, cards can be activated, and upgrade age can be activated. It can be activated at the beginning of the game, There are not many scenes of mercenaries, usually there are a large number of troops on the opposite side that need to be countered, but I hope the Swedish mercenaries can be more active and can take the initiative

but versatile infantry + excellent artillery + mortars that can attack ground troops can cope with most situations.

Unless Falconet is deleted.(And increase skirmishers and dragoons)

This can be step by step.
However what I don’t understand was they preferred nerf Lakota, India even there was already voice Sweden was OP not Lakota and India at that time.

Btw they return to correct way this time imo.

Just wanna point out that barrage was severely nerfed in a previous patch. It now has 7 area but deals ONLY 40 dmg to infantry, 20 damage against cav and 4 damage (LOL) against other artillery.

Don’t be fooled by the card’s description. It’s not “exceptional” in any way and not useful outside of treaty.