Game crashing is pissing off players

game crashing without any reason

game crashed frequently in every 20-30 min in game

6 out of my last 8 games ended up in crash

start the multiplayer game and play , preferably with african civs

game was not supposed to crash

things tried to fix it but nothing is working.

My exact issue as well… I have 650 plus hours on the game, most multiplayer. Unplayable now.

I did everything you did and make sure in the Nvida control panel that the game was using the graphics card instead of the Intel chipset.

I also turned down all the game graphics settings.

This used to happen just in game, now it happens all the time in the game lobby.

Frustrating! Hope someone can help!

Hello @VagrantBloom811, thanks for your report. I have collated the information you provided to the existing ticket we have for D3D11 errors occurring.

Finally figured this one out for me. For some reason my laptop was using INTEL graphics instead of NVidia. I changed the display setting so it had to use the NVIDIA card with a lot more memory. 4 GB. Been running smooth all day, but that was two months of frustration. Hope this helps someone else!!!

My game crashed because my laptop after a warning of low battery (30% left), so the energy might spared the GPU but the game instantly freezed before the crash. I don’t know if OP plays with a desktop or laptop but…

Hello, Breadalus! I also have this problem sometimes. Follow a print to help track the problem: 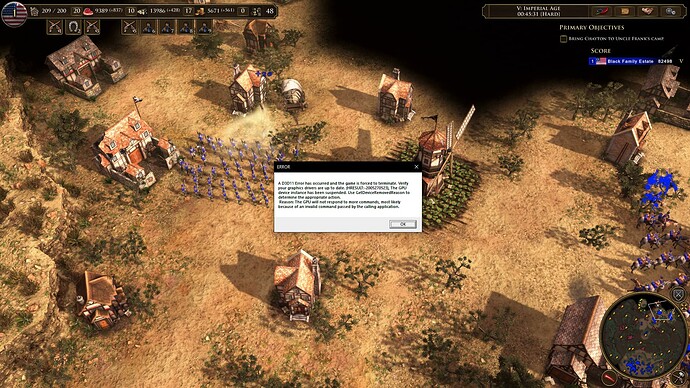 Every time I try to play first campaign and hit Begin, game crashes to desktop.