I thought they would have learned but no.
Game replays are broken once more.
Any game that was not recorded under the current patch show a synchronisation error after a few seconds of in-game time…
Please fix.

Uh, this was always the case. They never fixed this issue. They never added backwards compatibility, which is a shame. We see this kind of messages every patch…

Are you sure? I think there was one patch that had backwards compatibility. Maybe the June one. But I’m not sure…

I think there was a small patch that just didnt break anything. That is something else then adding backward compatibility.

This might be a solution for you. I dont know if this really works or not.

If it is working, then we need this functionality into the game.

Thanks for the link.

I just don’t get it. This was not such a big problem before DE…

Before de we didn’t have monthly patches.

This might be a solution for you. I dont know if this really works or not.

If it is working, then we need this functionality into the game.

This doesn’t really appear to be very helpful as is. The only thing that it seems to do is allow you to sort recorded games and grab meta data from them. The main functionality that we all want is to be able to watch old recorded games. Which I do agree, we need this functionality built into the game.

I understand how each patch slightly alters the game preventing previous recorded games to be played … but this is such a important feature that needs to be implemented.

Being able to watch old recorded games is such a important part of enjoying this game - being able to enjoy and learn from past victories and defeats. All of those old recorded games that I have - even the games I played last week before the patch … are all lost to me now. I can’t go back and watch any of them

While very discouraging, it is important to remember that this game came out in November, it hasn’t even been a year yet since its release. I am confident that either through CaptureAge or some other medium, that the devs will find a way for us to be able to watch and enjoy our past recorded games (hopefully in the near future)!

I completely agree with you. We need such functionality into the game.

It was a problem before DE, the HD Edition’s recorded game compatibility broke with every update, too.
With the UserPatch and WololoKingdoms we were careful to provide an installer that allows for installing previous versions, so recs from older versions still could be watched.
There are ways to “downgrade” Steam games to older versions, not sure if this is possible for people who own the game on the Microsoft Store.

Hey, are you the guy from YouTube?
Great work, keep it up

yeah thats him, his YouTube is linked in his profile

Ok. I know this is maybe intentional and not really a BUG. But it is bothering me a lot and I am sure that I am not the only one. The problem is with viewing older records of the game. Every new patch kills the possibility to watch older replays. From a perspective of a players it might not be so big of a problem, but take it from perspective of:

Even if this might not be your priority right now, it is important to at least know that there are people out there, who would really like to see this fixed someday. People can still watch AOC and HD replays many years after they have been played. Even after a patch. But DE games replays lasts 1 month at best. 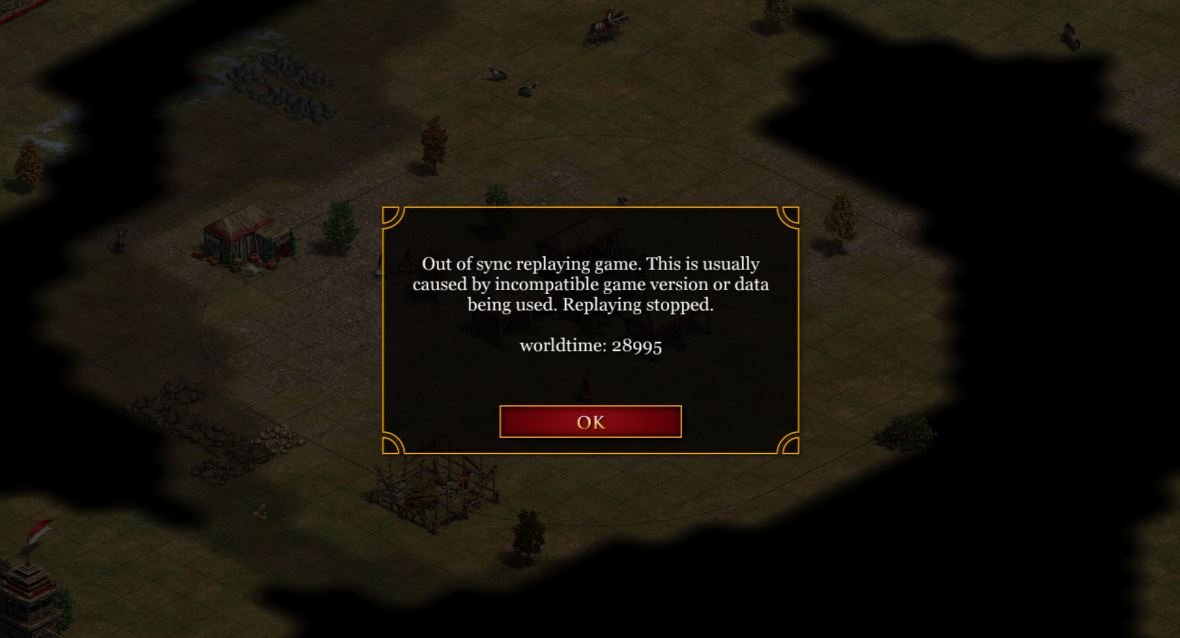 People can still watch AOC and HD replays many years after they have been played. Even after a patch.

That’s not true. In AoC and HD, just like DE, recs need to be watched on the same patch they were played.

It’s just that they had a much slower development process, which made it much less noticeable.

Unfortunately after patch replays always broken. In internet there are tools to downgrade Age of Empires version or doing something to your replay file. I am not sure how reliable are them but if you really want to watch your old replay, you need to use unofficial tools.

i saw those unofficial tools. They might be fine. but i am just too paranoid to use random software from random guys, asking about my steam login

I know for other steam game, you can select older versions as beta in the steam properties. This way you can still access older versions of the game easily. This would be an option for Age of empires II as well.

Dont know this could work in the microsoft store, but there will be a solution as well.