Multiple issues occured in game summary after 2vs2 multiplayer game. I’m talking specifically about Timeline tab. Red player (Lakota) resigned before 30 minute mark. Game last for about 50 minutes. In all charts red player’s line should end in the middle of the chart. However his red statistics were stretched to the end of chart. On the other hand icons with Age III and Age IV mark are in a right place. Player’s line is just badly rendered.

Please look into attached picture and recorded game. It is hard to explain with words

I encountered this issue once. But I didn’t play many team games recently.

Player who resigned should have a “skull” in Timeline tab exactly when he/she resigned. 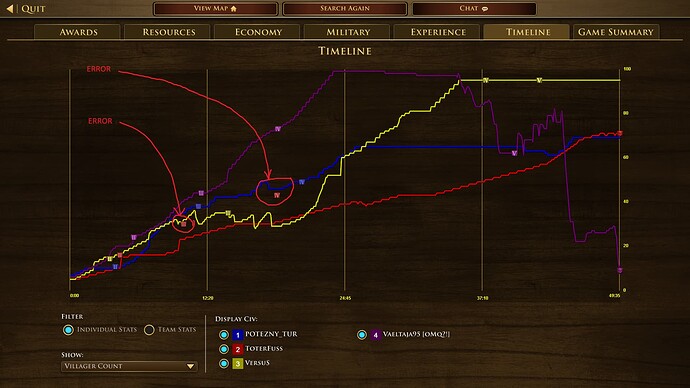