Have had issues with both “Conquest” and “Wonder race” in both Multiplayer and Standard game modes.
The game does not register the fact a player has won. In the case of Conquest, a player only had a lumber camp yet was still not defeated.

Against the AI in wonderrace, BOTH myself and the AI completed a Wonder. Myself first and the AI a few minutes after. Neither case triggered the event. This game was set up using “Randomise” settings. 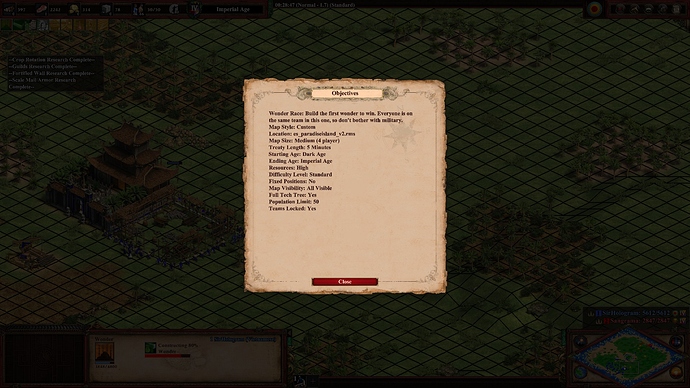 Game settings seen in screen shot. Civilisations were Vietnamese for player and Khmer for AI (Standard)

Attempt to play game and win via wonder.