Gamescom 2018: No MS conference / No mention of AOE

You are probably asking why weren’t there any plan reveals by Microsoft for Gamescom 2018, since plans for the show are usually revealed by participants on 17/18 July. This time last year Microsoft announced its schedule, including the featuring of Age of Empires making it loud and clear it was going to be there, in order to get people ready.

But they have announced the plans for this year too, only that it’s only for Xbox and there won’t be a press conference / media briefing by Microsoft this year. 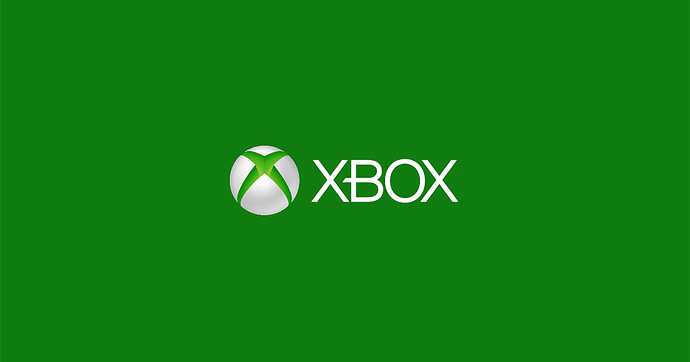 There won’t be an Xbox Gamescom 2018 press conference, Microsoft has confirmed.

Now the fact that the Age of Empires livestream event which included the AOE4 announcement last year wasn’t part of the press conference (it was part of a different stage during the following day - 21st Aug) is true, still just can compare this year’s reveals for Gamescom to last year’s:

That’s right, Age of Empires is going to Gamescom! On Monday, August 21, starting at 9:00pm CEST, 12:00pm PDT, Microsoft will celebrate the 20th anniversary of the Age of Empires franchise with a special livestream event in Cologne, alongside some of...

This makes me think it’s unlikely we’ll see anything about AOE4 this year at Gamescom either after the E3 no show (maybe not even something about AOE2: DE, sadly). What do you folks think?

You may be onto something here. At the same time I’m hoping for some sort of yearly update to promote discussion, even if it is only a minor update without any game footage.

I hope you are wrong @IamDalv I seriously want to see something about this game at gamescom. Even a wallpaper or screenshot would be good.

Doubt we will hear anything about AoE IV this year. Given that the game will surely not be released until after AoE III DE and that AoE II DE hasn’t even been revealed yet, I am not expecting AoE IV to see light of day until ~2021/2022.

Hope to see new info. 1 year since the First announcement and no updates

i believe Relic didnt have much progress because they are busy with other projects,

For me best case scneario we can see AOE4 in early 2020 , if they wanna create something good… if they dont stop , or cancell it something that happend to Genrals 2

So I still think we might see some news soon.If Relic still has this development pattern,AOE4 is possibly released in late 2018,unless the community feedback is awful during beta then they might postponed the date
(if they have learned lessons from DOW3 failure )

2020 at the earliest, but I’m doubtful even of that. Relic and MS are going to take their time with this one, and I don’t see it being released before the classic DE titles are finished.

Yes, AoE4 requires way more time than that. I dont think anyone who wishes a proper AoE successor would want the game to be released so fast.

LOL you think their just going to sit on it? Why wouldn’t they get it out fast as possible to make money on it? And LOL at the other DE games why would anyone buy those?

Yep, and may be not until 2020. I think they are doing great job, so far the team members (which you frankly found throughout) of have an excellent portfolio and prior experience, I am 99% sure AOE 4 will be a bang to play.

You’re very naive if you think AoE IV will be ready this year. It’s obvious that they announced it way too early, and I doubt they even had a working concept build at this point.

As for the other games: I’ve no idea, but they’ve been announced, so they are apparently happening. The question is, why would they bother to release them after AoE IV? (the one everyone is waiting for)

The logical release pattern would be the new DEs in order, followed by IV.

If you genuinely think AoE IV is going to be released soon, prepare to be disappointed.

Yes, I also think the Definitive Editions have the purpose of bridging over time from Aoe4 announcement to the release of the game.

And to that people can say, what they like or don’t like about the Definitive Editions. So Microsoft and Relic gets immediate (live) feedback from the community. Relic can use this information to improve Age of Empires 4.

This is all based on speculation, but here is what I believe to be going on:

You can google search this, but based on a creditable leak Microsoft will have official mouse and keyboard support for the xbox before year’s end. More than likely this announcement will come this year at GC, and will fall under the xbox “accessories” category. This fits Microsoft’s model perfectly for their play anywhere initiative. We already seen first party xbox titles on PC so why not vice versa? Once the mouse and keyboard support is announced what better franchise to announce cross platform to support this other than AOE? This doesn’t compromise the PC gameplay, and gives people the opportunity to play this on xbox. That is huge to drive up sales. I believe all future AOE content is pending this announcement.

As far as AOE4 goes I think a 2019 release it the most likely. If you Wikipedia the studio’s release history never has more than one year elapsed without the studio releasing content. It’s last content was released in 2017 and it’s pretty black and white if a studio doesn’t release content they lose money in sales. Remember these are professionals that are being paid to work on this project, and everything is on a predetermined budget and timeline before Relic even saw a contract. As per Linkedin there is an entire team working on AOE4, and they have been working on it for quite some time. If the game releases in 2020-2021 do you have any idea how much money will have to paid to this team for development? That will put the project way over budget since IP’s are budgeted on a 1-2 year development cycle, in addition to Relic being hurt financially as they are not releasing new IP’s during this time and would be losing sales. At the end of the day this is all project management and the two most important pieces to manage for a business are time and money while providing a quality product.

I just think everyone needs to be a little more patient. I do believe there will be some news at GC. If not, I would be concerned because this will turn into a marketing nightmare where you announced several projects in 2017 and can’t provide any status update within one year and at the same event. Interest will be lost, and that is not good for this franchise. Not to mention I can’t think of any other AAA title where some news wasn’t shared within a year of its announcement. Hopefully this IP is in good hands, but only time will tell.

It’s definitely true that Relic has a 20-year track record of a steady clip of releases every year or so. So to that extent, it seems likely that AoE4 will come pretty quickly. But AoE4 is a very large title that Relic is being hired out as a third-party developer. This is a pretty unique situation, so it remains to be seen how predictive Relic’s past will be of its future.

If the game cooks for longer than normal, that’s ultimately a good thing, anyway. I don’t really see the announcement/marketing/release schedule as itself a source of concern. Whenever the game arrives, it will speak for itself.

User: Any chance to hear more info at Gamescom 2018?
Plus2Joe: No news either way on that, sorry. If there are updates on Age participation at Gamescom or anywhere else, we’ll announce them over twitter/on ageofempires.com

I just cannot comprehend how anyone at MS could think this is in any way a viable marketing strategy or qualifies as giving a ■■■■ about their customer base.

When will we get some news? The second anniversary of the announcement trailer? The third?

Yes i asked to him more infos

In my view ‘Yes’ AoE IV will be a lot of work and diffcult to be released this year. The greatest challenge for the AoE team will be the ‘sense of direction’. For example ‘what AoE IV will be???’ ‘what and how AoE IV will be different’ ‘What will make AoE IV different from it’s predeccsors’ 'What will be new in AoE IV that it makes AoE part ‘IV’??? Anyway AoE IV must be released by the end of December or at early in next year 2019. Otherwise there are already much speculation that AoE franchise is TBA. It will be not long that Wikipedia may declare AoE franchise TBA.