Almost all Home City cards affecting minor native civs on a map have some little issues:

List of Cards
(Every civ has at least some of these cards, including also campaign civs. These are all that I could find)

Issue with English and German wording:

For the next cards, the German titles are confusing and their German description is always only referring to Native American minor civs.

Correctly translated names, but German descriptions should be updated to refer to ALL minor native allies as is already the case in English:

I assume many of these are reused text strigs leading to them being wrong in so many cards and sometimes different terms being mixed.

The following cards have correct/up-to-date titles and description wording both in german and english and can be used as orientation:

*How often does the issue occur? *

What was SUPPOSED to happen if the bug you encountered were not present?
Most cards have proper and unambiguous wording in English, which should be the same in all languages and for all cards.

German language cards that refer to Indigenous Allies as people “from the country of India” are confusing and should be updated. 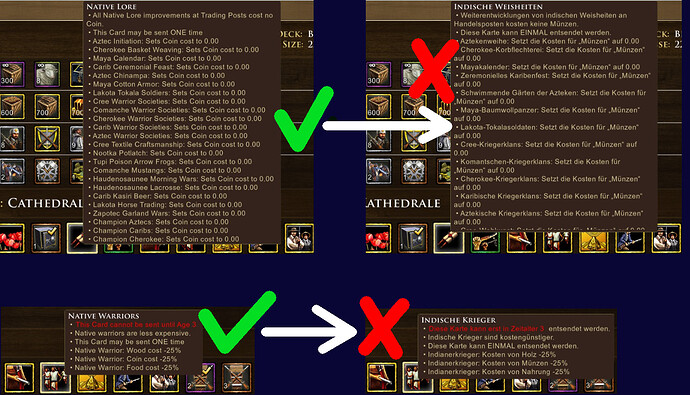 Here’s a card that’s wrong in both languages and one that’s correct in both. 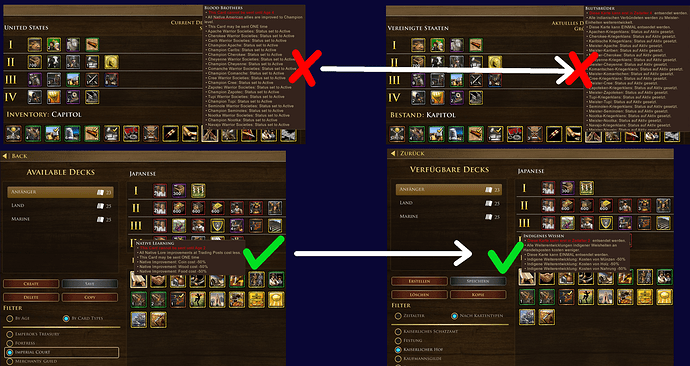 Good summary, thanks for the report!

Guten Tag @SWSe2, thank you for making such an extensive list. We’re now tracking all the issues

Not an issue with indians were added on TAD, its with calling America as West Indies.