Im wondering why my game is running very low fps, and when i check resource usage it is barely using anything? I have max graphics on everything, GTX 1660 Super (overclocked)

Check you have the latest GPU drivers, also try checking your CPU usage, as that might be the actual bottleneck for your system (likely for RTS)

nah it was GPU.

Before i increased graphics settings they were around 100fps
now i s 40-50
but no change in gpu use, it shows 2gb/6gb ram and less than 10% 3d engine

This is odd. I have got the same graphics card. Usually I use the geforce experience overlay, alt+r and it shows the percentage of gpu being used. On max settings it goes up to 99% and it goes to about 80-90% on medium/high settings. Note that I have vsync on cuz my monitor is 60hz.
To be fair if you don’t have a 4k monitor it’s a bit of overkill to turn up the graphics too much cuz the difference from medium to high is barely noticeable

CPU bottleneck most likely, check your cpu usage(on threads/cores, not total) if you hit 100% on some thread/core - there is your reason.

I think Someone found the issue in my other thread,

Click on the arrow to the left of copy, pick graphics_1. Is it still low?

nope, nothing to do with my cpu, as i said right here

nah it was GPU.

Before i increased graphics settings they were around 100fps
now i s 40-50
but no change in gpu use, it shows 2gb/6gb ram and less than 10% 3d engine

But did you even checked cpu usage ingame? Install rtss osd and you can check it there. Because i did check it, and game is cpu bottlenecked.

I’m running the game on ultra with i7 4790K oc’d to 4.6 GHz and 1080ti (no OC) and I’m getting consistent 100-120fps. I’m bottlencked by the GPU usually. Install MSI Afterburner with RivaTuner server to see the real resource usage. Alt+tabbing to check TM suspends the game and it uses less resources especially GPU. 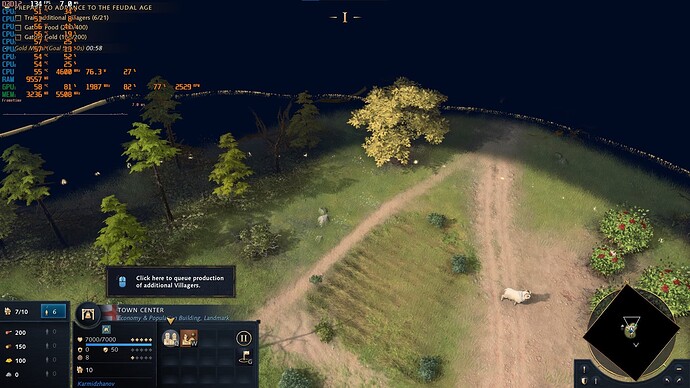 Another strange thing, my MSI does not seem to change from these figures. Is the app frozen or my GPU just not performing greater than what is shown? 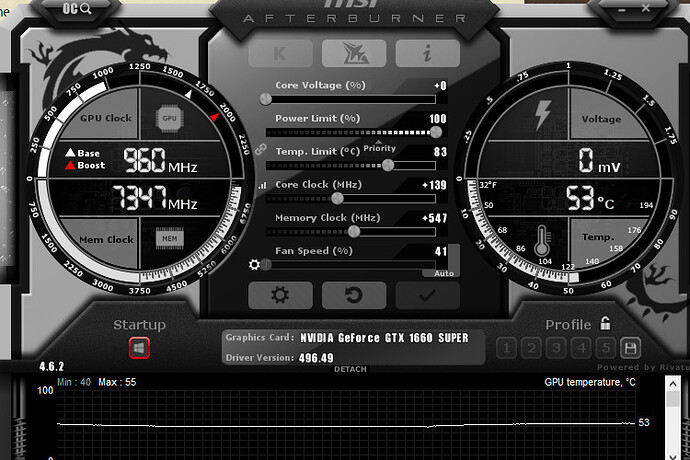 yup it very much looks like this was the issue. SO anyone have tips to stop Afterburner locking in speeds??

scroll down/detach your graphs, you’re looking at the temperature. If you’ve alt+tabbed it’s normal to have 50% GPU speed, look at it when playing or in the past using the graph - it should hit ~2000Mhz (if enough temp headroom is available)

No it was all the time
Anyway i fixed it.

I paused the GPU bios by extracting the bios using gpuz