You were right! Last game I found a simple strategy none of those silly pro players found. It was so simple really, ppl just couldn’t see beyond the siege spam, didn’t realize the full potential of china, the way it was designed to play, the fun way, not the braindead siege spam noob tactics. Now I am going to share it, you will all find it a best way to conclude the matches fast and efficient. Ready? Here goes the secret-chinese-newmeta-proplay ! 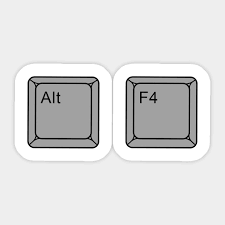 Meanwhile in our universe 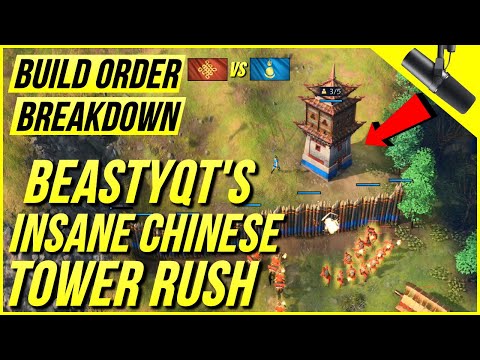 Stop spamming in the forums.
You Chinese players just get spoiled by sicknesses FL and Bombards

This wasn’t an even match; beastyqt could have played the fairy princess civilization and achieved the same results. The fact that you think Chinese players don’t understand their own advantages and haven’t used this strategy quite specifically against mongol rushes two patches ago is hilarious and indicates to me that you also haven’t figured out that the way to beat bombard spam is by taking out the Chinese while they are still infantile and useless in Feudal. Don’t project your own incompetence on Chinese players

I am just copy it, Cuz I don’t really want to waste my time to explain it.

Don’t even use your own words instead of copying other’s comments.

Chinese Civs is toxic and its need to be removed, I am saying it.

Chinese Civs is toxic and its need to be removed,

Subjective assumptions. This forum has pathological people who often take subjective attacks. You are scolding the citizens of a country behind your back, do you have the guts to say where you are from? Of course I can smell that smell even if you don’t say it.

lol so the only strat China has now is tower rushing? SICKKKKK so thats the fun way to play the game? lol

why cut off the bracket and ELO this is on?

Some people just want you to see what he wants you to see, like his pictures, the game has been patched many times, but he still chooses the original version, just because it has what he wants to see

Meanwhile in our universe

Literally same guy said china is trash tier… Can anything get to you?

No, he is chinese hater and tries to justify anything to suit his own argument. He uses any form of click bait video to his argument or any other ridiculous scenario.

Do you realize that Chinese player’s elo is 2054 while Mongol’s 1434 (at the time the game was played), that’s why Beasty changed to Chinese as soon as he realize the big 600 elo gap (you can check on his twitch, he changed civ right after knowing his opponent’s elo), kind of handicapping and wanting to try new Chinese against low-elo opponent.

I mean I don’t agree that China is unplayable after this nerf, it is heavily weakened, but still fun to play, even more, when you have to rely more on your skill, just like the first two weeks when people consider china a bottom tier.

But this example you gave (again) is a bad one due to the big difference in players’ skills. Maybe you need to look into details first before showing anything and trying to outsmart others cause it will give us the opposite impression.

This guys a PRO
95% of the player base would not be able to micro like he dose. Most would mess this up bad.

China is still bad. Imagine if he did this with a op CIV. Would have been easier and faster. Mongoles can tower rush better and without need for walls like he made here. Hes doing this for the memes I think

Also this wouldn’t work in a team game. Team mates would come and shut this down in 1 min and you would be behind.

AoE4 World is dedicated to Age of Empires 4 stats, tools and much more.

Well he’s a pro , like you said. Pros normally never play team games unless if its for Youtube or a rare shared stream. As Grubby, Beasty, GUA, the Bald Queen DeMus all say “Team games show no skill”

Because OP combination > any micro skill.

That guy won’t understand with his 1000 ELO. 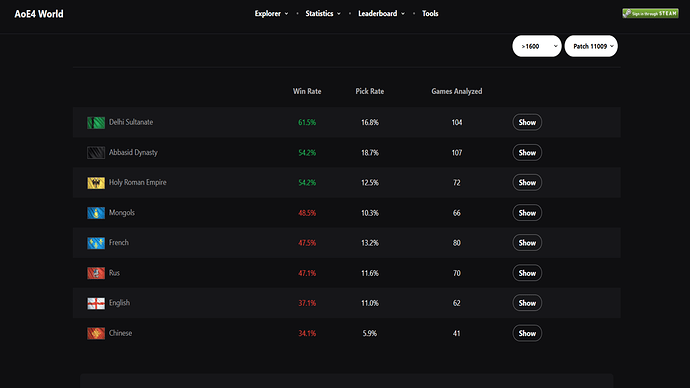 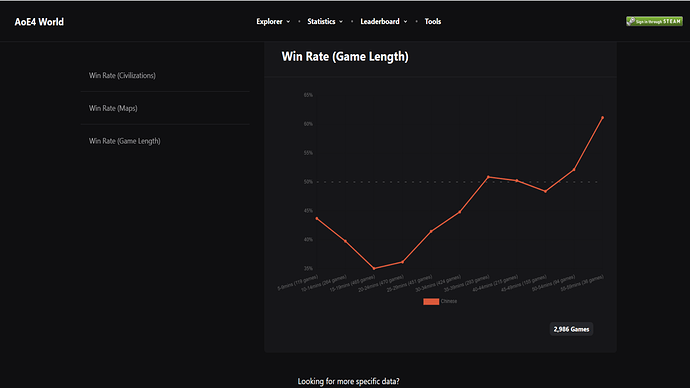 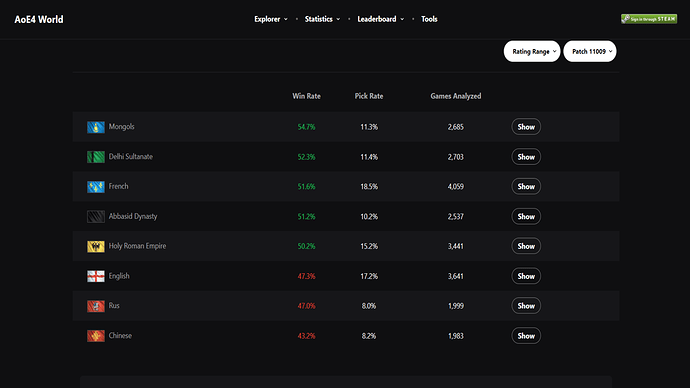 I would say team games require bit of different type of skill than 1v1.

1v1 player must consider their own unit comp and need to rely their own ability to do things.

If something if you play as solo in 2v2 its probably way harder to climb if player is skilled enough to reach high rankings than its in 1v1 because you’re not just 50% of players on map. You might get frequently low elo players on your team or even opponent team which makes games very unbalanced. This is especially case if player is 1400-1500 elo. They’re constantly paired with 800-1200 elo players and sometimes if you get unlucke there is duo thats 1500-1900 elo and you end up constantly facing them with low elo partner.