I ran the tests 6 months ago in identical layouts in HD and DE. Details can be found in comments in https://www.reddit.com/r/aoe2/comments/gk3ljr/whats_up_with_gunpowder_units_in_de/fqoxq36/?context=3

Even missed shots can land a hit if the randomized trajectory happens to land on enemy hitbox. (there is also a SOTL video about this topic.
Now since the base accuracy is 65%, if we reduce that, HD conqs hit 8% of missed shots due to larger vil hitbox but DE conqs hit only 2,8% of missed shots. That would mean vil hitbox is reduced to about 3/8, so a reduction of 62,5%.

Obviously this would hurt only conqs since nobody raids eco with hand cannoneers.

Another “bug” seems to be that gunpowder pellets vanish faster in DE. At one point during the ongoing 2v2 tournament, there was a dozen conqs chasing vils and taking shots at their backs, but villager valking at a brisk pace could not be hit. Pellets vanished too early. This one afaik is not only specific to villagers.

IMO, fixing these two changes would already be enough to fix the Spanish. 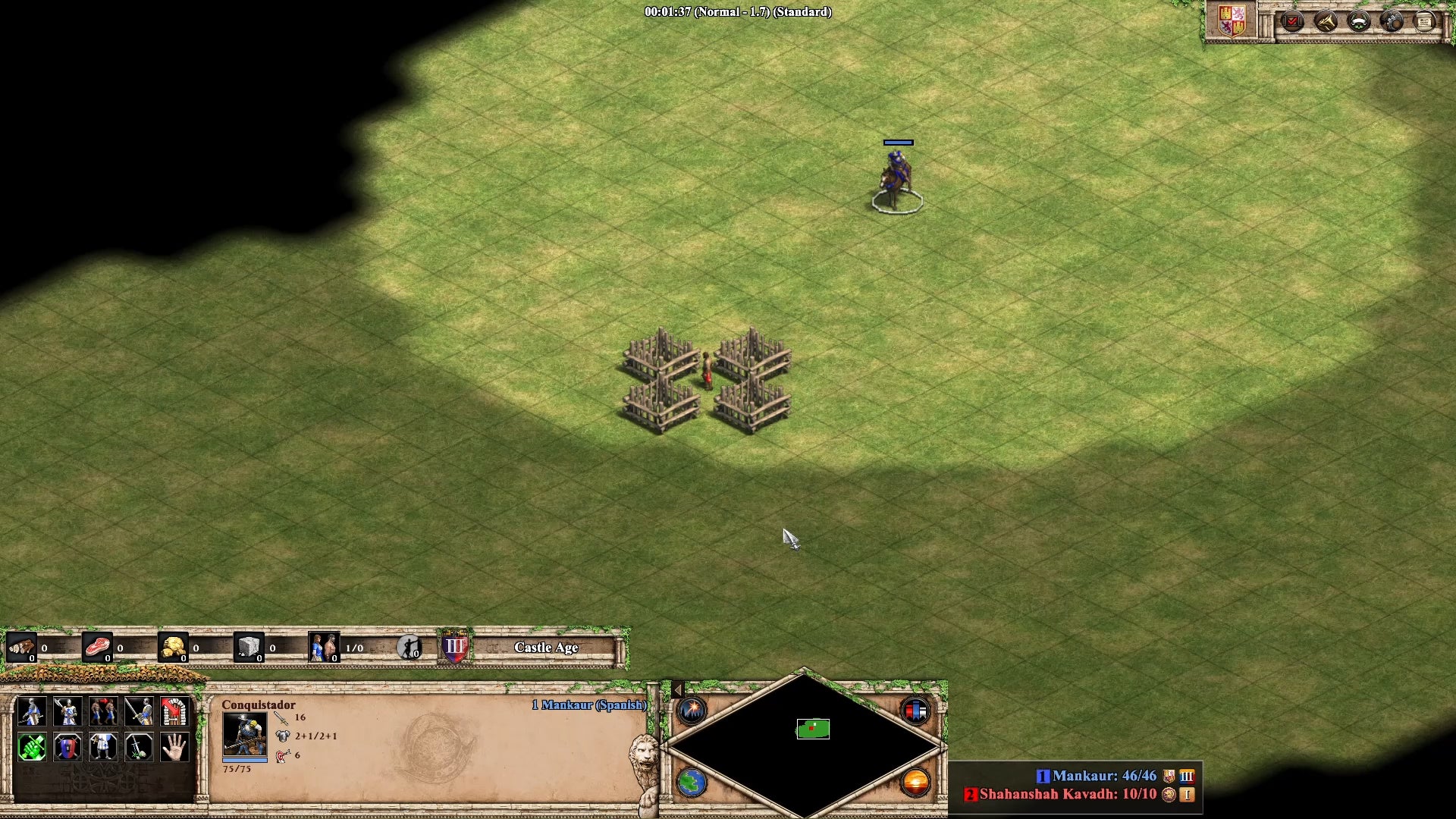 I’ve just made a post about this. It looks like there is something weird in the coding where conqs get stuck on either 100% hit or miss when they first move into combat and don’t reset until they move out of LOS again. Something has gone wrong in the coding.

Meant to post that the first test was HC vs condos rather than vs. vils, so HC might have just the same increased miss % in DE. That’s what I get for copypasting snippets from a thread without context.

From watching streams I’ve come to assume that vil hitbox is just smaller unless it has been fixed already. The occasional “WTF” from streamers when archers or conqs miss during raids. Also t90 treb challenge during 24h stream was sus. Landed near direct hits but couldn’t kill a vil. Thought there was a bug in trebs.