Hi all,
I want just to summarize the topic since it is almost 1000 replies and I still cannot edit the original post because of my trust level.

{So if a mod can help me, we can update my original post in the other topic with this text and close this new topic}.

We have discussed several minor ideas to help the weak civs of the game, which is not very important for the meta maybe, but for players liking “random civ”, like a lot of us, is pretty desirable. This approach to help minor civs seems well supported also from the devs, who are making the game more and more enjoyable, for instance with recent buffs of Vietnamese and Teutons, which now are very funny civs, while pretty underwhelming before.
Several civs do quite poorly except specific contests (the extreme case is arabia for Turks and Italians, considered basically just arena and water civs)
I recommend to read the topics if interested in the reasons why we think these solutions may be quite balanced, especially in terms of numbers

We hope that this long topic, here just summarized, can inspire other discussions to the community, and maybe help with some balance ideas, since having a balanced game is one of the main goal of every game!

Their problems are so well-known, they are perceived by many as the worst civ.
We have discussed a lot and come up with 3 philosophies to balance them.

The second most discussed civ. We focused on making them a bit more viable on land. Currently they are top civ in pure water maps, but actually islands is the less played map according to stats. On land they are clearly underwhelming, so we found two suggestion which help to make them decent.

We think they need just a couple of small changes:

Implementing both of them is clearly enough to make Italians decent on land. As for Turks, we do not want that Italians become an “arabia civ”
However, we have discussed other solutions, in particular a lot of focus on the possibility of a better balance between dock techs and age up discounts (currently 50% vs 15%). Despite a more balanced set (40%-20%) sounds reasonable, it does not really provide extra help on land, while it is a bit more substantial nerf on water. This can be implemented in addition to the others if it is desired to nerf Italians on islands, but it seems that this is not very necessary.

Portos are another underwhelming civ outside water. We believe that they need more help in early and middle stages of the game. This can be done with a couple of small changes:

Still they need some love from early stages. We discussed some small changes to help them also in water.

Let me thank all the guys joining the topic and offering their contribution to these set of ideas.
So, anyone else willing to discuss? Still Turks, which is probably the main civ needing help, are an open issue!

A lot of discussion, proposed changes, went into this.

It should be noted though that THESE ARE NOT THE UPCOMING BALANCE CHANGES. THIS IS MERELY DISCUSSED CHANGES.

free archer armors. This is maybe the proposal with the highest consensus in the topic. This gives them a time window in which they have a small military advantage especially in archer wars, until the opponent researches the archer armor. Then, once pavise UT is researched, Italians will restore they armor advantage. This buff follows the Italian land identity of armored archers, suggested the nature of the pavise UT

Just to specify, the 3 free upgrades (the feudal one in particular) should come without the necessity of building a blacksmith, like the magyars’ bonus.
And in my opinion we could decrease the TT of GC by 4s.

Also, remember that we should balance this by removing shipwright.

Also Byzantines, although not weak

Also Byzantines, although not weak

No issues with those changes so long as nothing else changes to Byzantines.

Free archee armor should be for koreans or Portuguese, not for italians

Why, italians are the one with pavise, it’s their teme, and they could use land only bonus.

This will be very nice.
I also propose in other topic give Byz old Korean bonus - faster building fortification, it will be realy good fit for defensive civ.

It could work, but considering that they already have the tankiest building, it shouldn’t be too hight.

That’s why. Cheaper up to castle age means you have extra resources. If you have free armor for their archers, plus the resources to pavisez could be a power spike too big

But the point is that armor is always postponed, especially in castle age, you have to research xbow, BA, ballistics, TR and then the armor, plus, maybe you delay it even further if you need armor or attack for infantry/cavalry. It’s not about the resources, 150f/g aren’t that much for castle age, even with the cheap age up, considering that by the time you will research it you will have a good eco up and running. It’s more the time saved, that you always have more armor than the enemy, not only in super late when you finally research pavise. 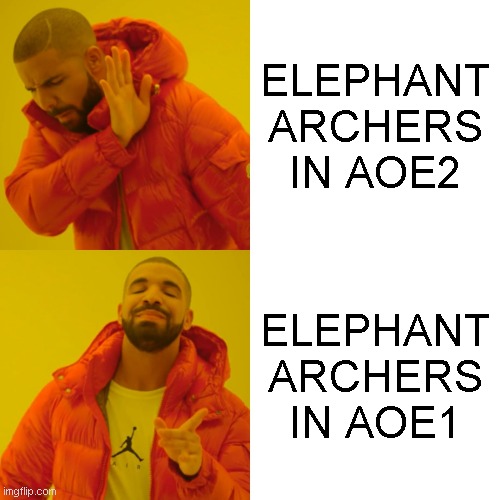 Well, +1 attack is better than nothing, however, to see of the AE work as a unit, we should compare it to the korean’s WW, since it’s probably the most similar units. 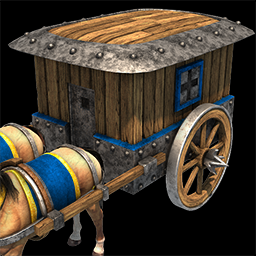 The War Wagon is the unique unit of the Koreans in Age of Empires II: The Conquerors. It is a cavalry archer with very high pierce armor and HP. It fires bolts like a Scorpion, but unlike the Scorpion, it does not deal blast damage. War Wagons can be...


Now, WW beat the EA in damage output, range, bonus damage vs buildings, speed and cost less.
EA have more HP (almost half more), less frame delay and more PA (the base armor is lower, but Indians get PT) while costing more, so they are tankier and can absorb more arrow-fire, but it also get less bonus damage vs halbs and similar (cavalry armor take less damage than elephant, about 30 vs 60).
To wrap things up, personally, I’ll always choose WW over EA.
1 Like
[Helping weak civs] some minor ideas for improvements
RadiatingBlade closed May 23, 2020, 8:49pm #17

Closed as requested by original poster.