The relic carry animations for Hippocrates do not work correctly as can be seen in the screenshot below. He stops holding the relic correctly, the bored animation is invisible and the model is distorted and bigger than the normal model.

Texture replacing the Monk model doesn’t work because the models don’t match and the Monk doesn’t have a relic bored animation. Also, the standard Physician model is too small compared to other units. 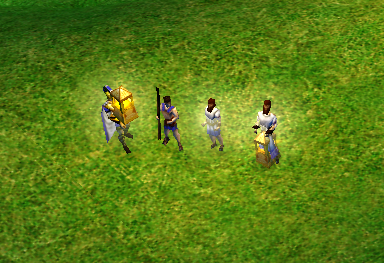