The game is most likely way past the development stage of designing civ units, yet I’d like to share with you some unit concepts for the Byzantine army that I at least am more aware of than of other medieval cultures.

And hopefully the dev team has also done a thorough historical research to take ideas and create interesting and appealing units for every civilization.

Maybe if Byzantines don’t make it to the base game, this post could still offer ideas and inspiration for future DLCs.

So, I have often seen people mentioning that Byzantines should have a rich roster of mercenary units as they were often making use and depending on them for their military needs.

However, besides making use of mercenaries, Byzantines as an economic and military powerhouse that they were, maintained of course a rich repertoire of their own professional military units for the needs of the imperial army.

It wouldn’t be an exaggeration to say that under capable leadership they constituted one of the most fearsome armies of the Medieval world.

Skoutatos 10th-11th A.D
(shield bearing heavy infantry unit of the first line. One could say that they were the bread and butter of the Byzantine infrantry.) 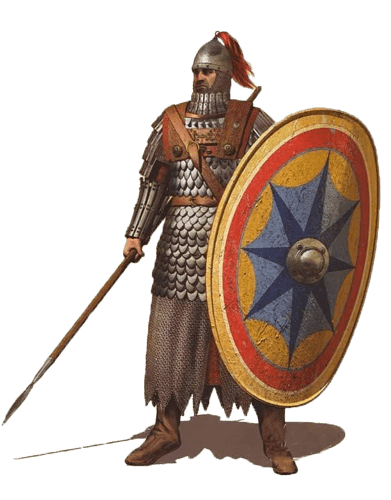 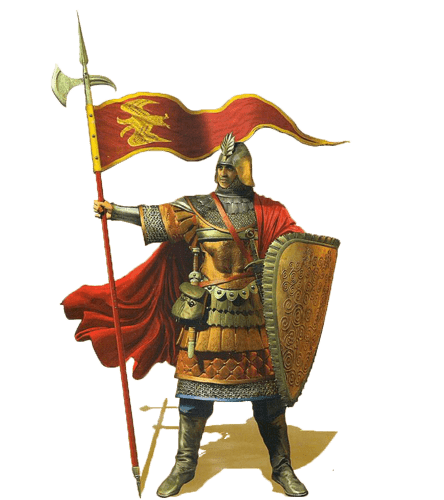 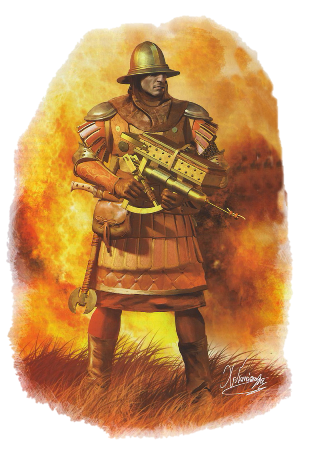 The Varangos, unit of the renown Varangian guard
(That’s a mercenary elite bodyguard unit, usually constituted by Rus, Scandinavians and Anglosaxons after the Norman conquest of England. I decided to mention them as well because of their popularity despite being mercenaries) 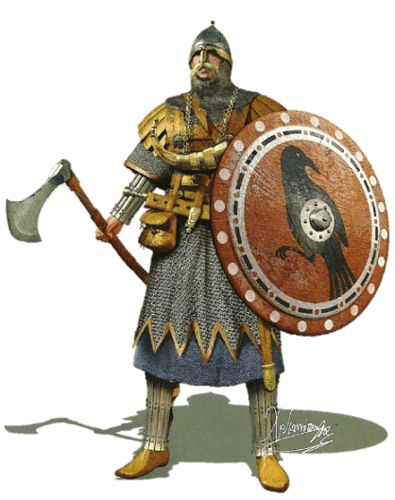 Another version of the Varangian Guard

A third version of an early Varangian Rus axeman 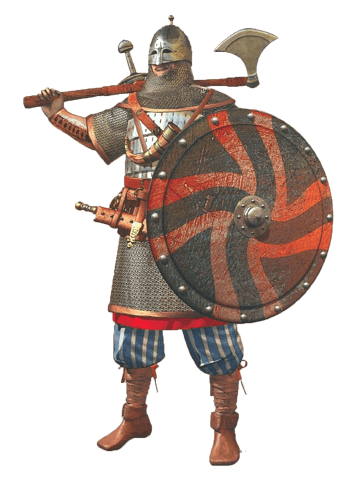 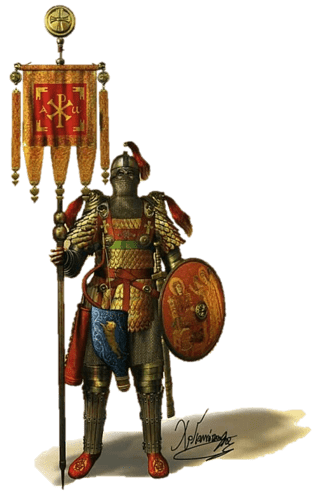 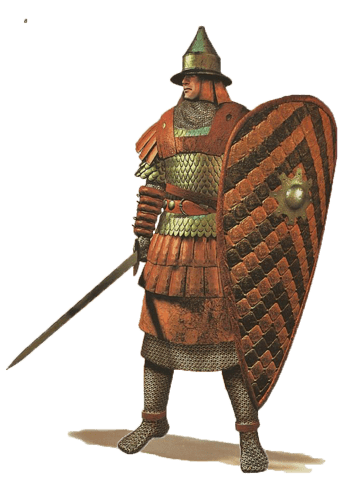 A typical Kataphraktos 10th-11th centuries
(elite heavily armored cavalrymen wielding a lance as their main weapon. Primarily used for charges to break through the enemy formations.)

Heavy armored dismounted Cataphract of the Imperial Scholae, during the period of 9th-11th centuries
(The coloured horsehair denoted the tagma he belogned to. The ornamented leather belt around his cheast and shoulders, as well as the cloth he wears on his waist were insignia of his military rank) 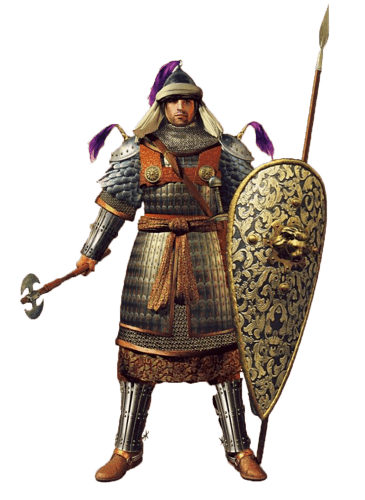 Horseman of the imperial Tagmata
(Tagmatic cavalry was part of the core of the imperial army during campaigns. It was a specific military unit constituted exclusively by heavy but mobile cavalry and used as a central reserve)

Another dismounted Byzantine horseman in a 12th century armor.
(the triangular type of shield with the naturalistic adornments is characteristic of the byzantine army of this period and something that the Normans systematically copied during the 11th century after their first encounter)

A Byzantine cavalry archer of the earlier period, ~6th century 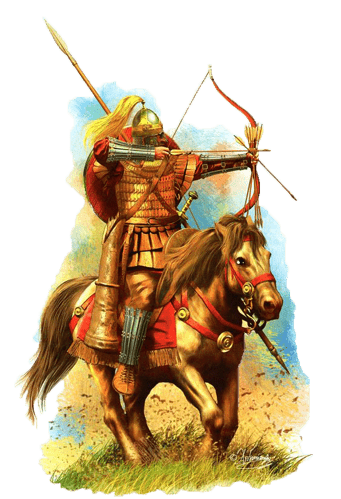 Byzantine Cretan crossbowman of 15th century
(Cretan Ballistophoros, with apparent Italian influences in his armor. As centuries were passing by, the Byzantine army was gradually switching to plate armors.) 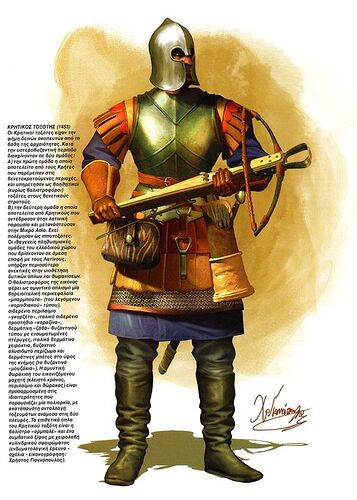 On siege engines, besides catapults, trebuchets, battering rams, ballistas and scales they were making use of;

Trypana (drills)
(An engine operated by two, designed to drill holes into the enemy walls)

Dromonas or Dromon
(the main heavy warship of the Byzantines, often equipped with tubular projectors (siphons) to throw Greek fire) 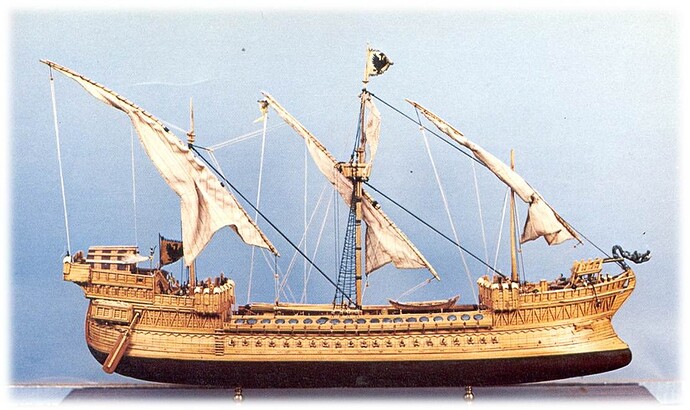 Another, artistic version of the Dromon 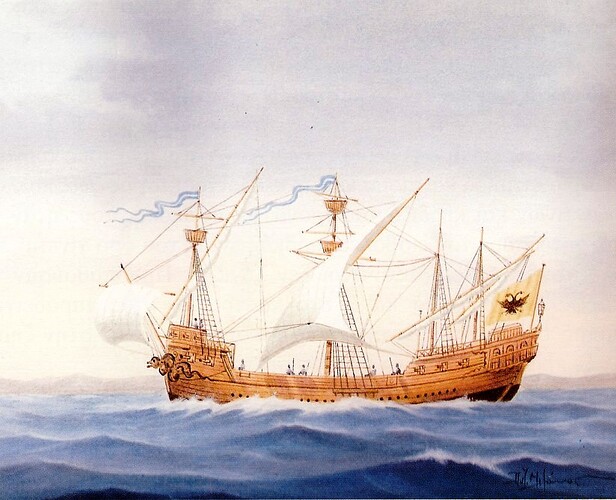 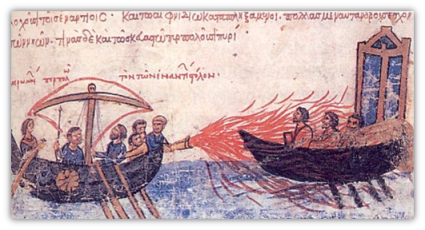 Presumed usage of the Greek fire

Another illustration of the Greek fire, being used against the Arab fleet during the Siege of Constantinople 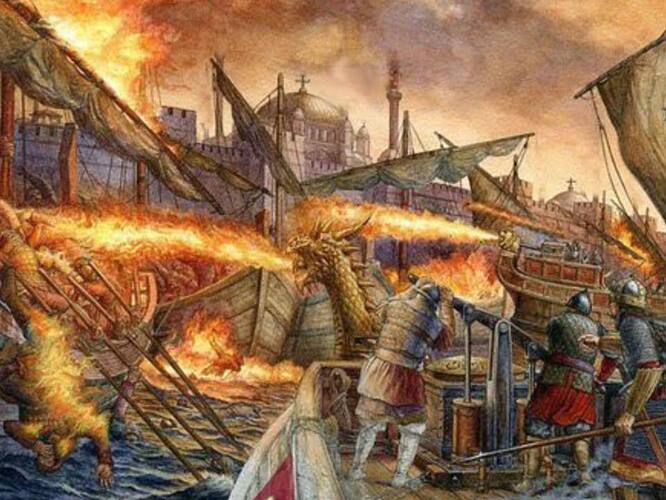 Other types of Byzantine warships included the Galley, which comes from the medieval Greek word Galea and was a smaller version of Dromon, as well as the Chelandion that was again a variation of Dromon, that could be used as a cargo or transport ship as well for horses.

Both of them were 2-mast ships, unlike the Dromon that usually used 3 masts as a larger ship. 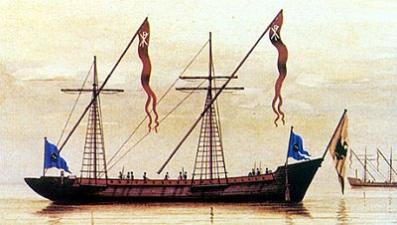 A real life demonstration of a Byzantine infantryman, most likely a Skoutatos. 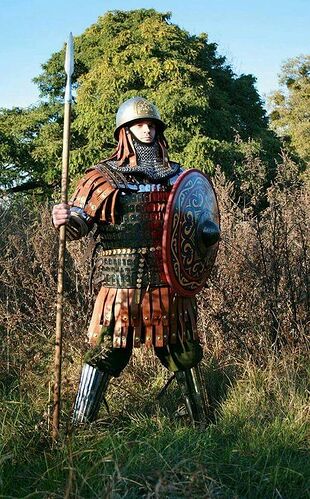 Most likely a prince or emperor in his royal garments, or a high-class noble aristocrat.

Are you sure will Byzantines be added? There will be 10 civs only. It is likely, but not 100%.

I don’t see how they wouldn’t. It’s one of the very few empires which existed for the entire duration of the middle-ages and it was extremely relevant in the history of Europe and western Asia. I would say they are much more relevant then other short lived empires, like the Mongols, which are already confirmed to be in.

I also suspect that they’ll be in the base game due to their profound historical impact throughout this period.

Of course, on one hand the dev team is not waiting for the community’s posts to do their historical research to design units, buildings and everything else.

One the other hand though, if there’s a slight chance that they’re looking into these forums for ideas or inspiration, this post is likely a couple of years late. But who knows… DLCs and expansions could still be on the table.

I am really looking forward to see what the devs have actually done and hoping to see something as fascinating, appealing and not historically absurd, as these drawings, which are actually all based on historical research from available manuscripts, byzantine frescoes or other findings.

They are very popular in AoE2 so why not?
Noting is guaranteed of course (besides English and Mongoles).

There will be people crying that their favourite civilisations isn’t in but the totally unimportant inset civilisations here is in the game instead.
But I feel like the Byzantines, like the Chinese or the arabs are must have!