How can I adjust my Population Headroom regardless of Houses on the Editor?

In the recent DLC campaign of Hautevilles, we can see how the Population Headroom changes by Triggers. But I have no idea how to make it on the Editor.

The Campaign itself isn’t extracted unlike previous official campaigns that I can’t see how it was made.

However, I couldn’t make it come true.

I used the “Modify Resource” effect and selected “Population Headroom” with the “Set” Operation. However, it doesn’t work properly.

Is this a bug? Or not, how can I set my Population Headroom REGARDLESS of Houses?

Well, so far, at least the case I needed is done. I had to set two Modify Resource effects of “Population Headroom” and “Bonus Population Cap”.

The initial PH was 25 (the least and automatic number I guess), and I set the two effects with “Add” with the Bonus Population Cap, and “Set” with the Population Headroom. Now it worked.

However, still, if I break the order of capturing cities, then it works bad. Fortunately, the cities in my scenario are in order as for my visit that I don’t have to deal with this issue (maybe a bug) so far.

I will help you on here 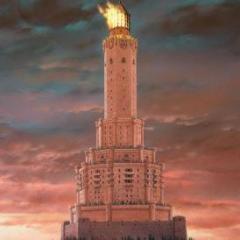 Join the The Citadel - Beacon of Age of Empires 2 Discord Server!

Check out the The Citadel - Beacon of Age of Empires 2 community on Discord - hang out with 524 other members and enjoy free voice and text chat.

otherwise I not wasting time typing