How can the AI's Path-Finding of DE sooooo Stupid?! 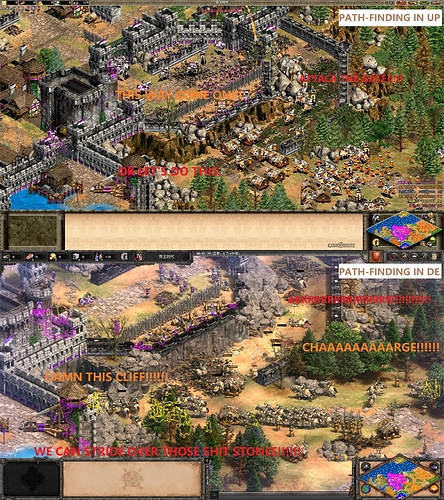 A Comparison of Path-Finding Between DE and UP/WK. Use the same AI which is perfect in UP 1.5 but STUPID in DE…

How can the AI’s Path-Finding of DE sooooo stupid?! 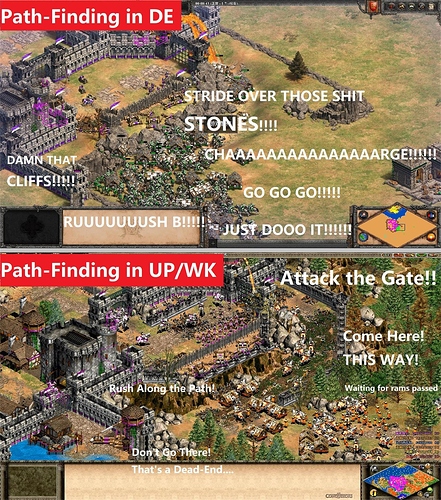 Recently had a game where I had an ally wall, three blank tiles, then my Castle. And I could literally not get my units to move between the wall and the Castle. They would just go around unless I moved them through the gap one by one.

The pathfinding blows my mind sometimes. The dumb part is I can’t even post the recording since it fails to replay at the start.

It feels like all units (ally and enemy) are just considered immovable objects when factoring pathfinding calculations or something. It’s like when you attack move with a large melee force and they just all decide to freeze in place (not even attacking enemies in melee range)

I believe in a previous patch they said that units on aggressive stance (and defensive stance, maybe, can’t remember) could be pushed aside by other units. Actual game play tells another story though.

Any news on that? The last patch said to improve pathing, specially among siege rams. I would like to see some more testing now.