How to achieve this?

Destroy 5 buildings with a French Warship.

i tried this multiple times to destroy building(dock, house,tc…) with french boa, but it won’t work

Are you specifically using the warship type? If you are then it can be a bug.

i tried with the french special ship 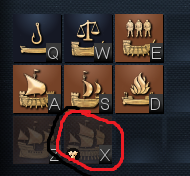 I also failed with this challenge, and in addition I failed the “Elephant in a Transport” challenge; I had two Transport Ships loaded with sixteen War Elephants in one, and sixteen Tower Elephants in the other. I’m not sure what’s going on.

I was having the same issue… but the issue comes down to people like you and I assuming that a French ship built for war = a “French Warship”. AoE 4 classifies the French-unique “Galleas” merely as just a “Ship” and the only “warship” in its line-up is the Carrack. Try again with Carracks, should work.

That worked. Cheers, mate!
Now if only I could figure out why the elephant challenge didn’t register…

The only thing I can think of that I did with the elephants was that after I loaded 16 onto a transport, I then also unloaded them on another beach. Not sure why that would trigger it, but worth a shot?

Challenge would really be more straight forward if it was specified to use Carrack by name not by Warship class, which isn’t visible unless you hover over it with a cursor

you need a ottoman ally, must be a group perk or something

my savour! thanks! that is why, weird the french unique ship is not a “warship”

yes!!!weird the french unique ship is not a “warship”

Agreed. Some of these challenges are pretty unclear.