I always do some odd works

Still in testing，Night time in game.
I will modify the color to be better after a few days.
我的科技树一定是点歪了 its a nice flavor to the game as most of us are addicted to the dark mode for apps and websites 1111 . would be nice to have it as a mod

What are the other odd works of yours?

Nice! Does it change as time passes or is it static?

It might be possible to create such a mod. I am worried this light effect will make the fire look dim as well.
@WanMonstar do you have a screenshot of a burning building in this light effect?

Well, even then it would be a nice mod to have.

The AOK main menu for AOE2DE 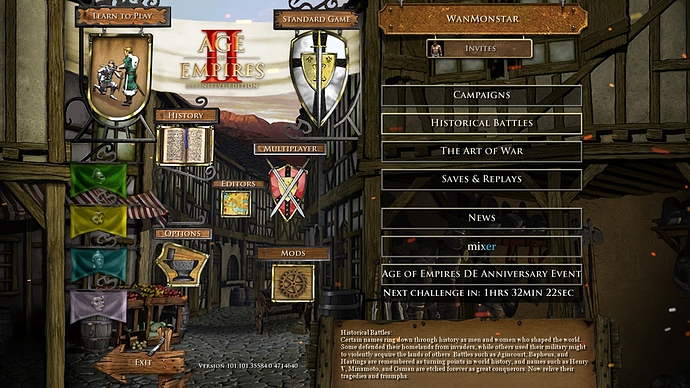 And the night edition, testing 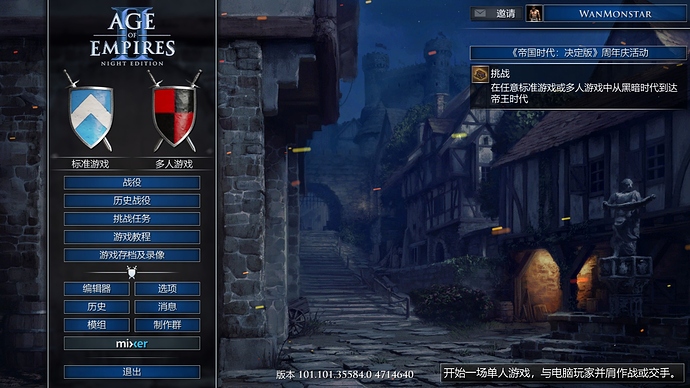 I have the same idea as you, but I don’t have the ability. Unless the AOEofficial do this work.

It’s just a color filter, I cannot adjust the fire individually, even though I want to do this. 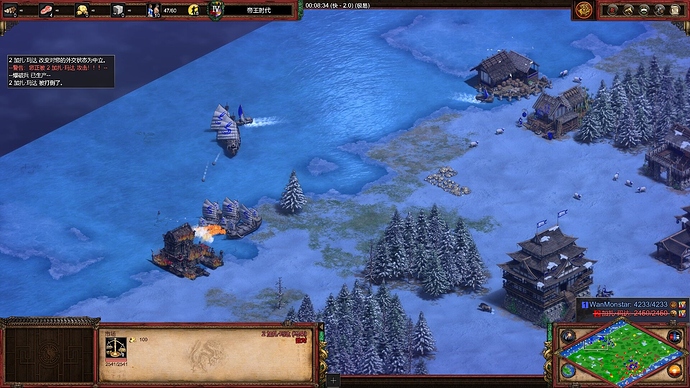 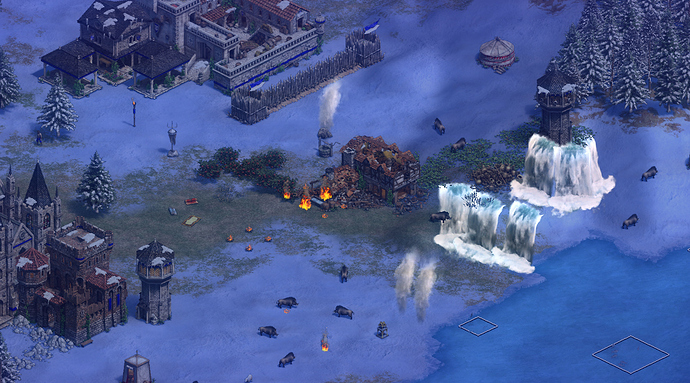 looks good man! i like the menu skins as well

Looks good to me.
I guess we can finally create a great night mod. The same color schema as fire may be applied to windows of houses and it will perfect.

If it’s too dark, it’s going to be hard to identify.
Fire and smoke are particle effects, They’re out of the color mood control. 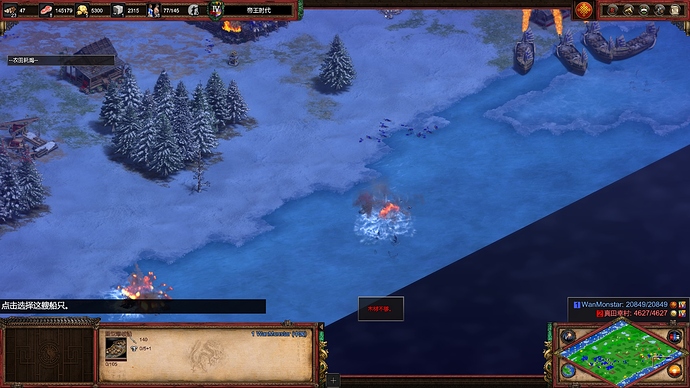 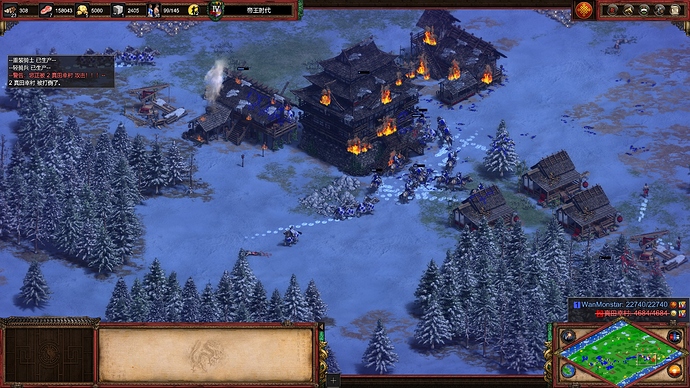 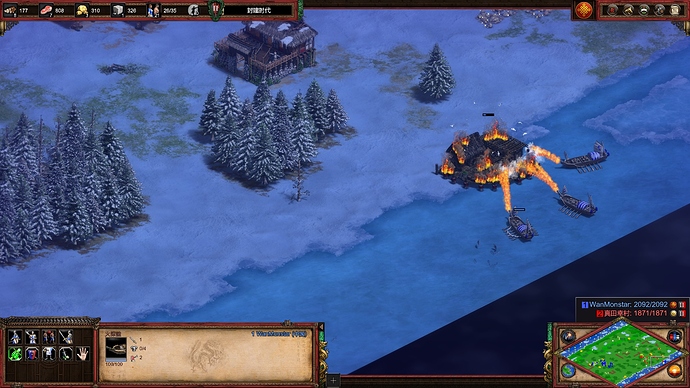 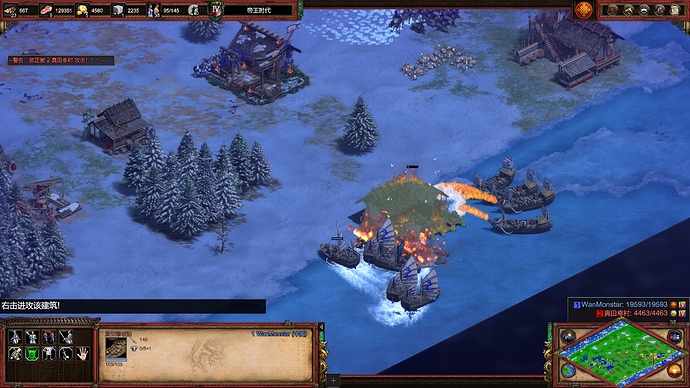 Fire and smoke are particle effects

Can we make the entire torch using particle DDS file? So that it is not affected by lightning.

Hi WanMonstar,
I’m very impressed by your work. Night Edition has recently been posted on Reddit, and is getting a lot of upvotes: 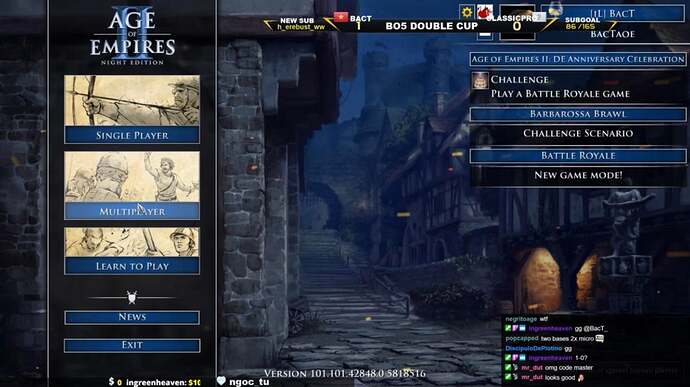 It seems like this mod stopped working some months ago, but the streamer BacT is still using it on the latest patch with the new home screen UI?

I think a lot of people would still like to use this mod and it could become popular. Do you plan to release a new version?

Thanks for all your mods!

And it compatible with [Anne_HK] Old Main Menu

Your menu mods are amazing

@WanMonstar, do you know how to modify these particles to different things (e.g., leaves or snowflakes), or their color, speed, direction, performance? 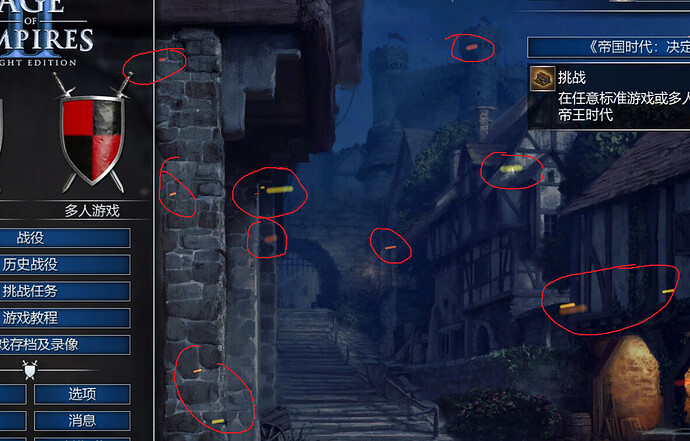 PS: Your night mod looks pretty cool. Confirmed by your screenshots… if the game had morning, evening, or twilight coloring, with torches that glowed and particles that looked correct, I’d probably actually play snow maps 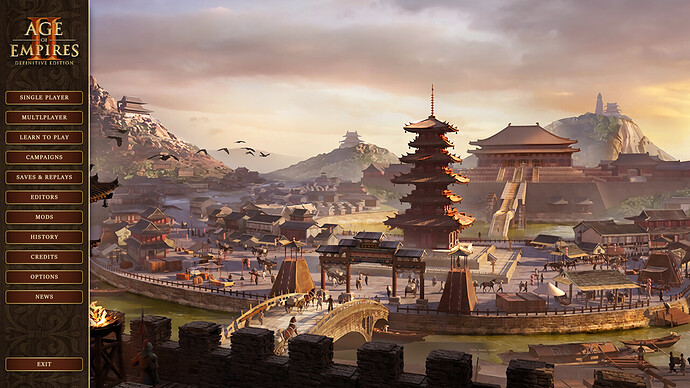 Looks lovely, aesthetically (nice work!) – but reminds me way too much of AoE3. It would give me anxiety every time I loaded the game because I’m not a fan of AoE3

If I were to give other feedback, it’d be that I don’t like that all the buttons are the same color. Same shape. No separators. They just run together from top to bottom.

I’m a fan of utilizing more shades and/or colors of the rainbow to help visually communicate things. Not everyone is visual, but for those who are, doing some of these things would help group things or identify things in ways that will help develop memories so the UI becomes more intuitive with less brain-processing power needed to evaluate.