I am tired of about crying China nerf

No, however I’ve tried awesome build order: Clocktower into 28 bombards + towers with springald upgrade. 1vs3 easy, while my teammates where trying to kill FLs. (ofc they could win, but fear so they just did not build enough. and I always could run under my towers)

so how to buff? List of things to buf against bombards is too long.

They can increase the range and damage of anti-siege weapons against siege units. That way no change would be needed when it comes to Chinese bombards, although I think bombards in general could use some hp reduction.

But in Group game, I don’t really play as team tbh, but if its overtuned in a group game, I agree its need some tunes.

The issue is if game is intended to be balanced around 1v1 then TGs should have no say to balance changes. They could rework some rules regarding the TG’s. Like wonder, sacred site timers and building HP. Then the changes wouldn’t affect 1v1 at all and focus would still be in 1v1.

For Delhi probably some buffs would be nice but every time I hear delhi player moaning that their research take too long it pops several blood veins in my head because how brokenly insane their civ bonus is and yet they want it to be even better.

It’s the spear brace issue for us Delhiboys.

China just because its China. What a racist.

LMAO. I hardly doubt race has anything to do with it, but I’ll bite.

Well if we want to play that game… then…

China: “people are racist, they want to nerf us!”
Both Muslim civs: “At least Mongols are at above 64% winrate.”
China: “But… REEEEEHHHH”

China: “people are racist, they want to nerf us!”

I didn’t say nerf China=Racist. That just your imagination.

I just can’t really stand those keeping yelling like China this China that, that all have noting to do with game discussion. I am doubting those people’s intention. Cuz that’s all out of game topic.

Every civ deserves the depth and love china got!

Of course they wanted to sell the game in china… that’s why china has more units and unique dinasty system… They want $$$ regardless of game quality.

Sometime it’s like when someone call nerf FL and then you see the comments like.“Ah they must pay relic to do so” " They must got hole love of this whole game" " They wants $$$$ from them" Kind like" ah I gonna blame everything on China." I haven’t see any comments like this before French get nerfed. Which really made me inquisitive on those guys intention

Because stuff like fire lancers and clcokwork bombard not fun to be up against. Team game fire lancers is just straight up frustrating, games are suppose to entertain people not be a source of frustration, that’s a bigger failure than unbalanced

Agree, even when I play team vs AI watch my China teammate goes like 1v4 with FL isn’t fun at all.
What I am state here is like trying to stop blame everything on China even in Games.

I am really admire on those people keeping imagination about China, just though Chinese civs in AOE4 performance.

I used to throughly enjoy Delhi

Then they nerfed them for no reason, buffed spearmen but didn’t buff elephants accordingly, and now my elephants get slaughtered by a mob of 50 spears 9/10 times

Delhi water advantage is useless if french are in the map

Unpopular opinion: what if China isn’t overpowered, but every other civ is underpowered and the lack of dynamics compared to China stands out.

China is not really OP at all, its just the FL and bombards that are the issue. Most civs can deal with china early on and the game is fairly balanced until the point where they can spam 12 range, unkillable bombards.
Also the issue with fire lancers seems to be because of the same bug demolition ships have which is that when they attack an unit they do full damage to all nearby units instead of that damage being reduced on nearby targets.

Cav Arch needs a nerf if you ask me

I still use them exclusively. To get around the spearmen / crossbow spam issue, you need at least one mangonel, with two being ideal, before pushing with serious intent.

Delhi water advantage is hit or miss depending on the Civs, yes, but works on river maps if you deny the French player from docking (doesn’t work so well in team games).

Delhi MAA are for meat shield.

No idea why sacred site capture would be nerfed, even if it is the usual strat for 1 vs 1 Delhi play.

Good tips, I will try these.

Yeah the sacred site nerf was really uncalled for and killed my early game with Delhi.

Also, if you are going for the big push in any game type on land map, get Compound of the Defenders so your infantry can build stone walls, gates, and towers. This landmark is a great way to keep your infantry busy and reduce the workload of your villagers.

This way you can use your MAA or whatever troops you have with elephants to build short stone walls with towers on them to secure are close to, or even sometimes in your opponents town to really pressure him, and his allies if it is a team game.

Sending about three scholars along with your army to heal damaged elephants will also increase your success rate by a great deal, so long as you micro them out of danger.

There will always be someone crying about a unit after losing a game, for me what should be seen is the win rate.

On this site you can see which civ needs a balance, at higher ELOS this becomes clearer (where good players know how to abuse stronger mechanics)
https://aoe4world.com/stats/civilizations

That the Chinese civ needs adjustments I agree, but no one talks about how the nest of bees is not efficient in relation to the mangonels, people want to make the Chinese civ unviable just because they got frustrated dying several times by firelancers. 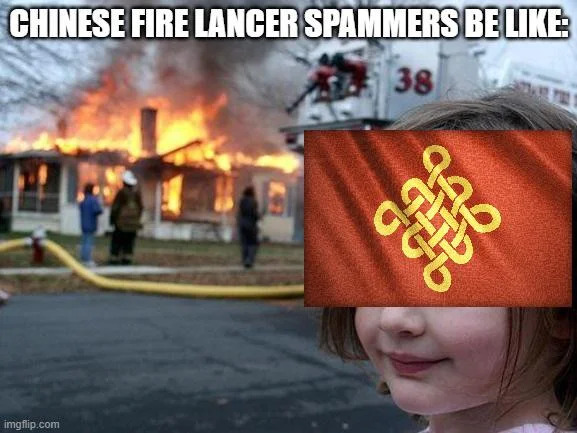 I dunno about this, the only change to China I’ve seriously entertained or suggested were tweaks to fire lancers ridiculously high siege damage.

I actually believe China is a great model for a well thought out and complete feeling civ compared to the others.

But you can’t tell me 3 hits on the red palace with 50 FL is realistic, intended, or anywhere near fun.

Hilarious and cheesy the first couple times, sure. Fun? No.

Not saying that Chinese are OP based on this, but you can see how this dynamic changes once players reach a certain skill levels as players become better at dealing with early aggression. FL issue could be a matter of fixing the bug causing them to do full damage to all units that are near the one being attacked.
On the other hand, despite being fair that they have stronger units late game due to all it takes for them to get there, 12 range bombards that have almost 1k hp are just too much to deal with as they are way too effective even when up against units that were supposed to counter them.

For me this rate of 50.8% (50% ideal) at high levels is an excellent example of a good balance.
I think people forget that this game is asymmetrical, there is strength in one thing and there is weakness in another.

And you say it all, to get to these points of having a cannon or even firelancers requires investment (it’s the risk), it’s an investment that the Chinese has to make while the enemy has chances to attack him.

Tbh I don’t think the fire lancer changes will really impact China 1v1 very much. it’s huge in team games, but now horseman might actually counter Zhuge Nu. Sure fire lancer in 1v1 is probably dead, but they were only an option and I don’t think the civ is much worse without it (especially compared to Mongol/Rus nerfs).

Tbh the fact that HRE is strong against China, this patch might indirectly be a huge China nerf. HRE’s biggest struggle was the fact that they get run over by Mongols and to a lesser extent Rus, so HRE might be much higher on the pick rate now.

Hre was REALLY getting messed up by the spearman brace bug, now that that is fixed I expect to see HRE climb in popularity