I don't have fun anymore

I recently got a job, plus my studies and my personal life, honestly I hardly have time to play nowadays, although I keep up to date on the forums and servers. The truth is that with the little time I have, I would like to enjoy some good ranked games 1v1 supremacy, oh yes, how I miss those old days, where one won by the Micro and bot by the build order.

Nowadays that doesn’t exist anymore, after almost 2 years of DE, I don’t have fun anymore, all my opponents play defensive, stay in their base, build up ridiculous defenses and never go out to fight unless they have 99 villagers , be in industrial and at least 10 canons, and we are talking about high levels!

This is no longer fun or entertaining, I really want to go back to the old essence, where we fought multiple skirmishes, we raided like crazy and the most skilled won, now the truth is that that no longer exists, the meta is a disaster and I don’t know if can change. Unfortunately, there is no longer a game mode that suits what I had so much fun, so well, I think I better start dedicating my little time of the day to playing something else.

I join the club of “old retirees” despite being still a young man 21
But don’t worry, I will continue to be here, always giving my opinion <3

Controlling natural resources is supposed to give you the advantage, but I get your point.

As someone who likes to win with a Rush or a Revolution, I understand the decision and respect it.

I honestly don’t understand the developers, I think that in their eagerness to make unique civilizations they ended up breaking the main scheme of the game. (Rush, Boom, Turtle) All civilizations should be able to win if they use the correct counter strategy.

I hope the developers fix this issue at some point.

Well said, kid. It is so vindicating to see people finally seeing the light after two years and realizing how badly AOE3DE hurt the brand with its lazy design and bad choices.

I would offer my services for feedback for free to the devs to steer this game to that legacy feeling where i actually cared if i lost or won a game.

I really dont care if i lose or win in DE. Its more than just game balances and cheesy strats. A lot of elements are missing from this game.

DE feels like devs just want to show off graphics and crazy unique civ units and buld orders without really understanding what made ppayers stick around for years playing aoe3.

I don’t get why you guys are saying they changed the game. The game itself is the same with new units and civs which of course adds different ways of play to the game. And saying things like AoE 3 DE hurt the brand is just stupid honestly. There is no evidence of that. They did a great job with the game and continue to support it. Remember AoE 3 was abandoned with no updates or anything. I’ve noticed the longer we have the de games and support the more unappreciative people become.

Theres so much gimmicks in DE. AOE3 has already had a lot of gimmicks but they took that and pumped it with #########

To top that off, they got rid of PR ranking system and changed it with boring elo number.

And that wasn’t enough, they made sure its really hard to like the game by getting rid of friends list and make you feel alone.

I will agree that I would rather have the old ranking system back elo is kinda stupid, and the casual ranks aren’t very clear either. It should be set up like the original game where you scroll through all the lobbies and all games count toward your rank. Currently the player base are split into ranked queue and casual lobbies. The friends list doesn’t really bother me but it would be nice to have that back. Otherwise the game is really good

Respectfully, can you say how DE is different from legacy AoE3? I don’t understand the difference.

Is it that rushing has been nerfed?

Here are the differences:

Revolutions would have been fine if they were hard to pull off or were only ever used for desperarion.

But nah, its almost imposible to stop even if u knew it was coming.

You can tell the devs didnt really play the game or were the type that thought aoe3 were all about just tried cheesy build orders.

Games sometimes feels like going to a class where u dont really have an idea what the teacher is saying but hopin u can still scrape a pass. In short…its not fun.

The multiplayer UI in DE feels like im doing skirmisher playing against the AI. IT FEELS SOULESS.

I dont think aoe3 can be salvaged. These issues i have stated so many times in these forums but devs keeps ignoring it.

I mean its good they are supporting the game for now and are making content, but for the long term health of this game, the devs are not really doing anything about it.

I just want to add:
If the devs just took the legacy game and incorporated DE’s graphics, in game UI, zoom capabilities…and didnt go insane with civ and unit composition (like the post nerf sweden is not bad)

Then it would have been a much better game

They changed the sound effect for the TC falling down. The devs still haven’t been properly held accountable for that. Why change it when the destruction sound effects were already so amazing in legacy? Total disrespect for the original game and what it accomplished. 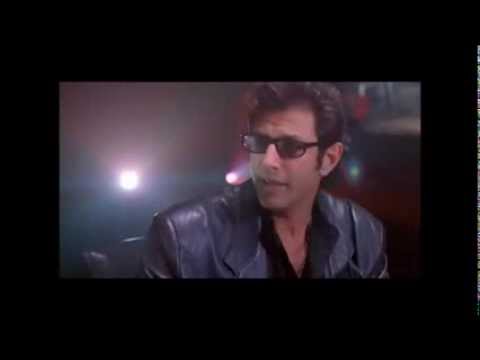 You’re trying to meme. But its not a good enough meme sorry.

They changed the sound effect for the TC falling down

So this means this

NearbyDrake3062 covered the most substantial errors. There was no reason to repeat what he said.

Also wasn’t really trying to meme. I just knew Jeff Goldblum and his silver tongue could explain the issue far better than I ever could.

Point 1 I can understand.

Point 2 I feel is only very pertinent to competitive players. Actually a lot of unique units and cards is the reason I do play this game. But I understand how this makes it harder to learn the meta.

But how does it lead to very defensive games?

Revolutions would have been fine if they were hard to pull off or were only ever used for desperarion.

But nah, its almost imposible to stop even if u knew it was coming.

Are you talking about 1v1? The games I’ve played recently the team that has player or players that revolt usually loses

A lot of the new civs has gotten away from sone of the mechanics of map control.

Because of the vialibilty of some of the revolutions or very vbroken strong shipments in age 4 compounded by the amount of herds now close to your base (which by itself is not a bad thing), players can just camp and invest in some defensive buildings and still easily reach or complete the build order.

I have noticed that people don’t rush as much and are waiting till age 4 to attack. Which is fine for me because I always played more defensively anyway.