I found a cheater in AOE2 DE Ranked game

I am a chinese player. so Sry for my poor English
the cheater can boost his resources ( the yellow one)
here is the rec. and the screen shots on game start and 17mins

The guy I played against made bombard towers in dark age. I have already reported him in steam. But wanted to point it out here. 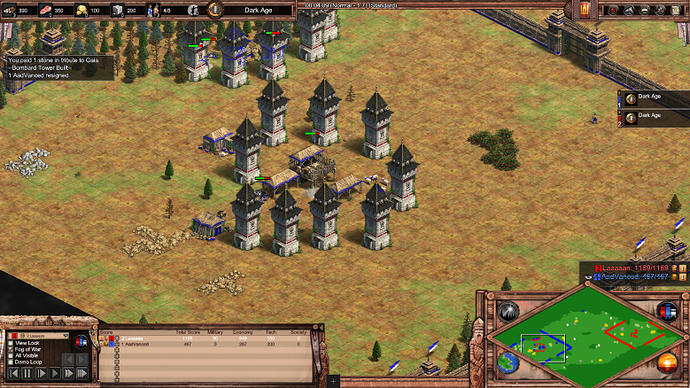 At least he is obviously hacking. Imagine if he was doing it stubbly.

I have never heard of such hacks in voobly or HD, does anyone know examples?

It’s possible and it happened on both.

This was on HD. There were also examples on Voobly not too long ago. The advantage of Voobly is that there is actual moderation, while HD never had any so there were no reports and it’s impossible to keep track of how prevalent it is.

how does one even hack this lol

My guess? Converting the servers.

There are multiple posts in Reddit right now about cheaters who can spawn hero units in ranked.
This needs to be fixed ASAP.

Not everyone can get used to the new meta

That’s his profile. He’s changing names often because a lot of people know him already. He’s been reported countless of times. Can you ban him already?? He’s played 55 games, seriously. What are you waiting for? For him to be top 1?

Per the forum code of conduct, do not call out players on the forums. Use the in-game reporting tool when available.

Call out other players in threads. If you have an issue, take it to PMs or contact us directly at aoecommunity@microsoft.com.