I hope UU get more use in AOE4

In AOE2, the standard army composition for 90%+ of the civs are generic units. There are very few civs which have a UU that is worth making over generic units. I think the UU really defines a civ and it’s a shame that generic units dominate the gameplay. If they keep it similar to AOE2, I hope AOE4 makes UU very strong compared to generic units so it’s more worth it to invest in a castle instead of TCs to make your UU in castle age or make additional defensive castles in imperial age so you can make more of your UU instead of placing castles forward that may get trebbed down.

An idea that could lead to more UU use is to allow the UU be available in the corresponding generic military building but its stats are decreased, cost is more expensive, or creation time is increased compared to making it in a castle. It still allows you to make your UU when you don’t have castles but rewards you when you produce your UU from castles.

According to interviews every unit in AoE4 is going to be a unique unit.

Unit types will still be similar.
A spearman is going to counter cavalry even if it has slightly different stats and costs for every civilisation. Not guarantied that every civilisation has a spearman. Some will likely have other units that fulfil the same role.

Source? If every unit is going to be unique that would be complex to code. 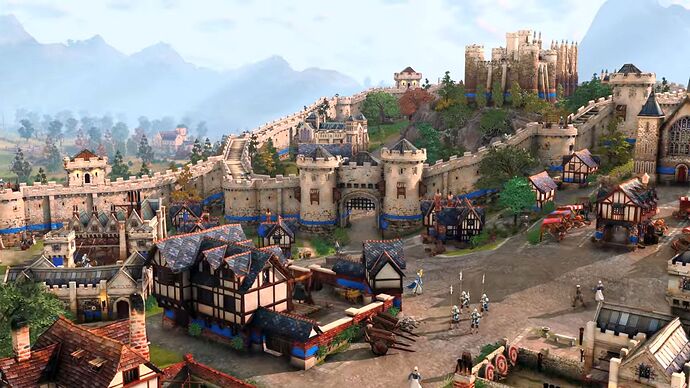 Age of Empires IV interview: “it is absolutely not past the time for RTS”

We speak, exhaustively, to the devs who hold a beloved strategy series in their hands

AoE III had 8 civs, but yeah I take your point.