I was playing campaign and suddenly became a npc

I was playing the mission 6 of “Attila the Hun” campaign when suddenly all the map was revealed?
After that i was not able to move any soldier or villager and the i saw i became an allied ?
Saving and restoring does not resolve the trouble, no more restarting PC. 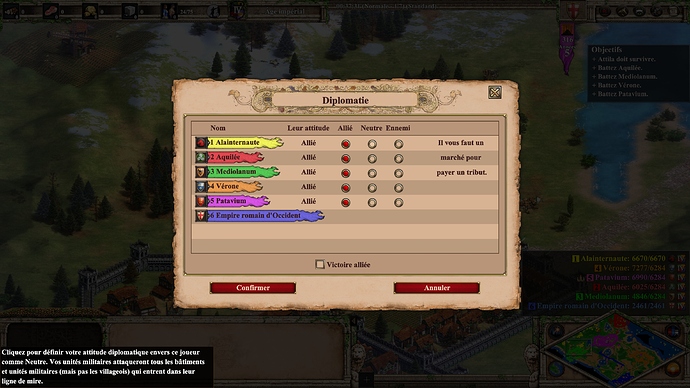 Without bug (made with restarting the campaign) 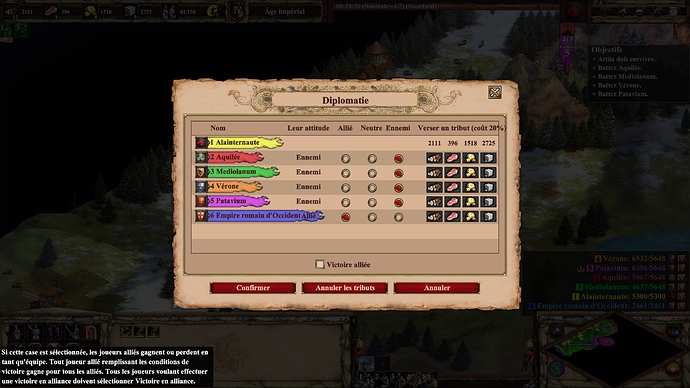 Looks like you pressed Ctrl+shift+ F6. These hotkeys were just introduced in DE, ctrl+shift+ F1-F9 will let you switch control to player the according player (9 being Gaia).

These work in single player mode, including campaigns and scenarios.

Yes, Trirem, i pressed Ctrl-Shift-F9 and saw all the map because all players have scanned nearly the entire map. I did not think that these functions worked in campaign mode because it’s a practical way to see the map view of other players.

Warning Ctrl-Shift-F9 tag the game as “has used cheat code”
.