If Spearmen-line units has plus 1 range

Note: This is a hypothetical discussion. Not asking for it to be implemented.

What if the whole spearman-lines units had plus 1 range; Spearman, Pikeman, and Halberdier? Let’s pretend the Kamayuk unit does not exist in this scenario. Let’s pretend this was the case at the very beginning of the game back in 1999.

How much stronger would the spearman-line be if this was the case? Would cavalry be much weaker and need to be buffed? Would Steppe Lancers would not need to be nerfed so hard in the first place?

Try it for yourself in the editor, you’ll see cavalry being destroyed so hard it’s not even funny

Well, it has been shown that the Kamayuk is already extremely strong in mass.

And since it’s what you’re looking for for the baseline Spearman, Pikeman & Halberdier, which don’t cost any gold and stands as trash unit, it would make them without doubt too powerful.

Even if historically it would be “accurate”, sometime, for balance sake we need to not make things that accurate

giving the spearman line 1 extra range is not a good idea and would require a lot of rebalancing.

And since it’s what you’re looking for for the baseline Spearman, Pikeman & Halberdier, which don’t cost any gold and stands as trash unit, it would make them without doubt too powerful.

Good point but they would still fall to ranged units without any difference right.

Good point but they would still fall to ranged units without any difference right.

using spears against archers is like using skirms against cavalry.

But why would you charge your cavalry at massed spear units?

I think this idea would be interesting as a civi bonus or a UT for a civi, maybe if the foot units are slower it would balance this issue?

But why would you charge your cavalry at massed spear units?

the short answer is it depends. for example - knights beat pikeman 1v1, so if you have roughly equal numbers, you’re going to actually win the fight, even if you lose more resources doing so.

this is something i could see. but something mainline for every civ? doesn’t need to happen.

@MatCauthon3 what if the speed of spearman line was lower then they would still have an disadvantice. but maybe with the lower ms a bit less atack and the same bonus they stay strong vs cav but weak vs archers even with 1 range 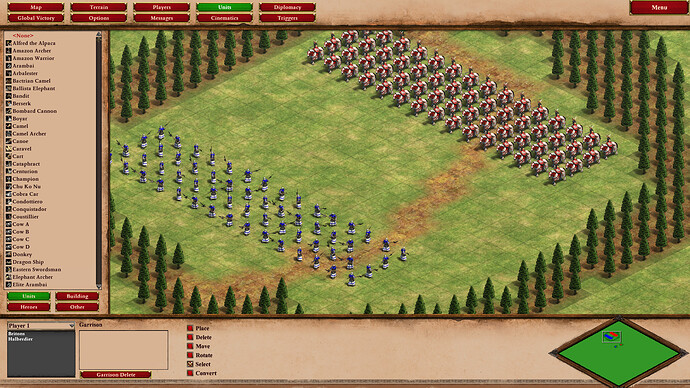 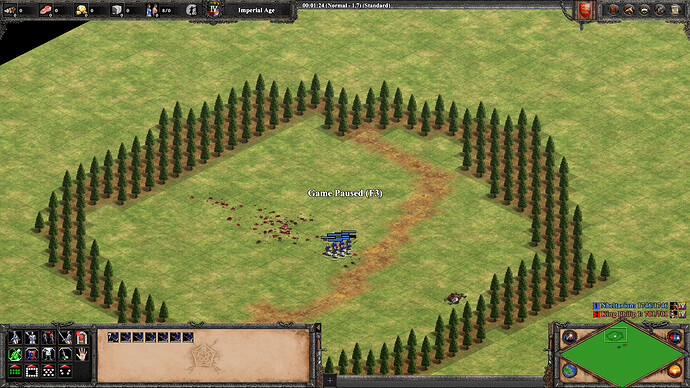 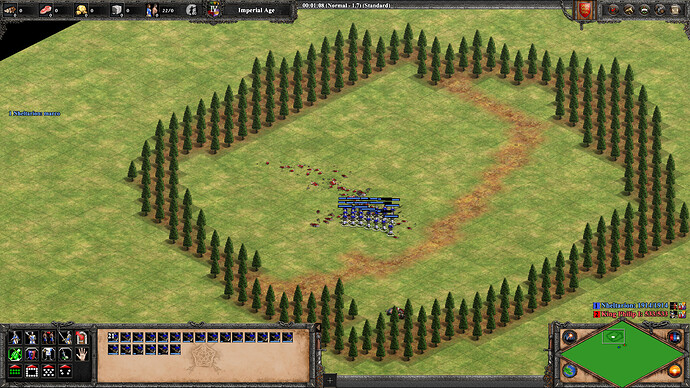 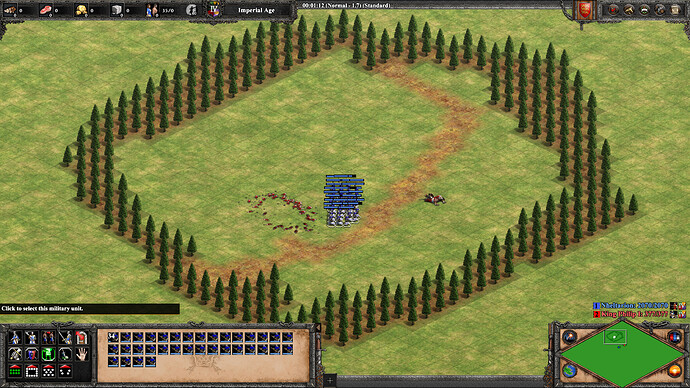 Those may not be the most accurate tests and you need an other player to properly engage, but adding 1 range to halbs make so that the more they are massed the more they destroy palas. And those were Franks pals vs Brits halbs. Imagine what happens if you Japanese halbs and a Spanish pala.

You can indeed give them a +1 range, but by this you will need to reduce their bonuses vs Cavs.

Nevertheless I like the concept of pikes with range. It would be historically accurate and better against higher amount of cavalry. Also allowing to stab them occasionally when pathing.
I would like to see some civs with pikes with one range instead of halbs (or in this case i’d like them to use bills).

Halbs and Poleaxes were well rounded weapons, suited for basically every melee opponent and should be represented in the game like this as elite heavy infantry.

I like the idea, but honestly I don’t expect to see it implemented. I think is the way spearman line should worked from the beggining.

No different than Kamayuks then

Except cheaper, bigger bonus damage, easier to mass up and more expendable.

Everyone who is saying that it would make them OP. Simple solution, lower bonus damage. If that isn’t enough, bump up the price a bit, lol. It is very easily balanceable

btw elite kamayuk deal more dps vs cav than pikes because pikes attack much slower.
Just to clarify this.