If you could have an Aoe 3 unit in 2, which one would you want?

that’s not what I said, please don’t put words in my mouth. I am saying that they are an all-around civ. not a super strong one.
counter example: Aztecs are super strong on Arabia, but utterly useless on water maps, I dont like this.

I want to have the unit, and I STRONGLY believe this should MOST DEFINITELY be in the game. Can I?

Is this a crime?

as above: Yes, then No

but I am also allowed to disagree with you. Can I? Is this a crime?

the Giant Bombard should ABSOLUTELY be in AoE 2 as a Turks unique unit since day 1, minute 1, twenty years ago

so instead of janissary? remember in AoK days civs only had one UU each (except for Vikings who also got a water UU)

so instead of janissary?

Nah nah, of course both. Two unique units. Vikings had it. Now tons of civs have it. So why not?? Maybe even 3 nowadays, with Spahi? Age of Empires 2 deserves it totally.

man, this would lead to a complete break in balance. AoE II has the best balance it has ever had (the new civs still need some changes, though)

not to mention that with about 40 civs it is becoming increasingly difficult for new players to learn the game. adding more unique units only adds to the complexity. this also leaves the question: how would these units differ from their generic counterparts.
eg. how would a turkish great bombard be different from the normal bombard cannon (and especially the turikish BBC with the unique tech)
how would a spahi differ from the knight line. this especially is difficult with boyars, leiciai, teuton knights with extra armour, coustillier, etc already in the game. the way these units will differ is becoming more and more gimmicky
(edit: I forgot the Tarkan, Magyar Huszar, War Elephant, Battle Elephant, Konnik, Keshik and Shrivamsha Riders)

so it’s nice to say ‘i want unit X’, but this needs to be thought through

Im fine with it while being just a graphics data. About turks just make them don’t be pretty BAD on open maps. Make them fine on them, wihout damaging their power on closed maps. Maybe replacing the name of Sipahi tech and make it an Unique upgrade for the Knight, idk about its stats.

Obviously this Is mere hypothetic. I would have to think how to balance it 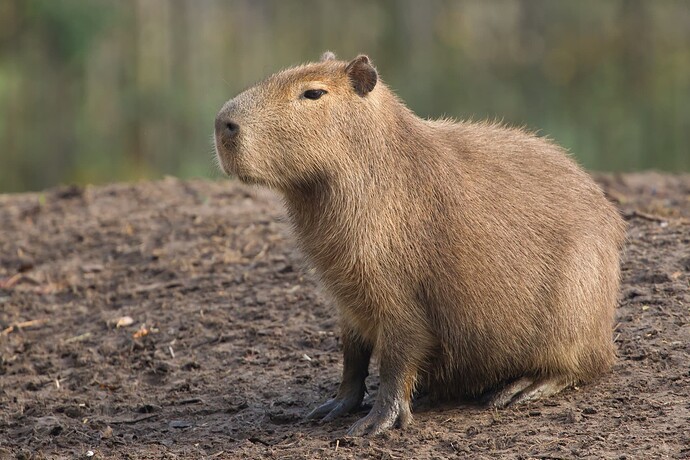 Maybe augment the range and the damage, and add some blast Radius, but need to pack/unpack and shoots slower

Same dude with two accounts at it again

Maybe augment the range and the damage, and add some blast Radius, but need to pack/unpack and shoots slower

You can also create a prerequisite tech to research etc. See how it’s not difficult to balance a new unique unit?? I don’t see how on Earth this could be justification for NOT having the Ultra Bombards (or any other utterly must-have unit) in AoE 2!!

Except this is not a must have unit 11

Vinfriss, please, stop this. This is becoming embarassing, from the ban evasion to the multi account spam

There has never been, and there will never ever be, a more iconic and more must-have unit in AoE2 / AoE4.

You can hate as much as you want. But this will remain true forever. This is the basic foundation of Age of Empires 2, a game you somehow claim to care about.

I always (and another ppl) thinked that Artillery is not pretty good as a Imp UT. So if we add this unit i would like to see:

Artillery: 1 range for BBC’s BBT’s and allows them to have great bombard (with +1 range)
either this unit could move slower and have less acuraccy but more hp and armor than a BBC, added what i said on last post.

The range advantage that artillery gives to bombard cannon is already really, really strong. There no need to give them another upgrade, how do you balance an Houfnice with 1 extra range?

Rather than a unit, I think it would be interesting to explore the possibility of treasures on some special maps. That’s one of the neat things about AoE3, and I could see some fun possibilities in translating that into AoE2. Imagine a map where you’re encouraged to do a MAA rush not to harass the enemy, but to wipe out a nearby neutral camp and claim 150 wood or something. It’d be like a 1-time workshop.

If I had to choose a unit… probably a medieval version of the US General. I’m specifically thinking of the ability to pop down a flag and rally nearby troops with some bonus stats. That could be a fun and new experience in AoE2 (but perhaps too “ability/power” casting for AoE2?).

Lmao what is this conspiracy ■■■■■■■■, the dark force beyond not having a unit you want in the game

But the idea of the Turkish Bombards was a wall smasher, so it should be focused on walls and buildings rather than infantry.

The Turkish Bombard should be immediately added to AoE 2.

but buffing it stats and being even better than Houfnice would be insanely OP. maybe make them decent vs buildings, very good vs walls and weak against cav and another type of raiders

I think Trebs upgrading to Great Bombard can be a nice addition. Faster projectile, range and damage buff.

I think Trebs upgrading to Great Bombard can be a nice addition. Faster projectile, range and damage buff

I think we have the idea we needed to (finally!) make AoE BOMBASTIC.

Giant Bombard as either a Treb upgrade, or a Treb “substitute”, researched separately. With slow fire, massive AOE damage and end-of-world destruction.