Im not buying this indian dlc

The religion Tibetian practice and the script Tibetan use till today traveled through Bengal. Pala’s had up to 50,000 Elephants in their military, more than most AOE2 European civs have Infantry.
In the Year 1000, the Indian subcontinent’s economy was 2.5 times that of Western Europe, > 25% of the world’s.

So after seeing a bit of the new units ive changed my mind. They dont seem as wonky as i orignally thought. Urumi is OP but im sure they will get nerfed soon.

I wish they renamed hindustanis to delhi sultanate or something because even hindustanis is a generic term like “indians”. All the new civs can come under the label hindustani

Also wish they would rename gujaras to rajputs because every indian knows that rajputs are the warriors from western india and gujaratis are almost exclusively merchants and finance people like indias jews. Not 100% historically accurate but we have braveheart and aoe1 mixed woad raiders in the game for fun so i dont aee the problem there 11

I loved the “shudh” hindi the gujaras speak and they and the dravidians are some fun civs. So good work devs ive changed my mind.

Still not buying the dlc because im not spending 1 cent on bengalis for political reasons as some of you guessed. Though i like some individual bengalis i wont support bengalis as a civilization because they have tried opressing my people. But if you allow for buying individual civs somehow i would get the gujaras and dravidians

So all in all, good work devs very creative content, ive changed my ways as a former hater 11

I wish they renamed hindustanis to delhi sultanate or something because even hindustanis is a generic term like “indians”. All the new civs can come under the label hindustani

This would break the consistency of AOE2, civs are named after peoples, not a political entity. AOE4 is guilty of that.

Some names are not exactly accurate already and are clearly named by other peoples, but it’s fine. For example :

So, the Hindustani can simply refer to Muslim-dominated parts of the Indian subcontinent, plus Afghanistan from where several waves of conquerors came.

That thread showed a lot of response from the community.

If the community responds well to it, then maybe it will be added in a future DLC.

Yeah just like how the Burgundians and Sicilians were added, right?

Yeah just like how the Burgundians and Sicilians were added, right?

Assuming you aren’t being ironic, wouldn’t Bohemians and Poles be a better example? People were clamoring for them for ages.

the Vikings. A viking was the act of raiding oversea lands, not the people (Northmen would be more exact) nor even the raiders themselves. Still they are known as the Vikings

Oh, this again. I do wish people would stop propagating this falsehood. Using ‘Vikings’ in this way is correct, i.e. standard common usage. You’re mistaking the meaning of the word for its etymology. (Added to which, the actual etymology is unclear/disputed and not necessarily what you’ve described.) The possible alternatives, ‘Northmen’ and ‘Norse’, feel unnatural and forced, at least to me as a British English speaker.

Yeah and what about Burgundians and Sicilians? Did people clamor for them?

I don’t think anyone asked for them specifically, but I know at least some people liked the end result.

I saw some people ask for the Sicilians once or twice, but yeah, I don’t think that they were as requested as some Asian or African civs are right now. Even in Italy, I think there are more people asking for the addition of Venetians.

They were added to make the casual playerbase that wanted a Norman or Crusader civ happy. I still think it was a bad idea tbh

Also, Burgundians were added for similar reasons since they can represent the also popular Dutch and the AoK nostalgia is a plus

Even civs like the Japanese knew of and respected the Bengalis and associated cultures, when they came to free Bengal and Assam from the British during WW2.

OOOOOOOOOOOOOOOH NOOOOOOOOOOOOOO!!! Yikes. Thinking The Japanese EMPIRE was freeing anything back then. Maybe from life but actually freeing anyone? Hardly. More like under new Imperial management among…other new things being added.

Even civs like the Japanese knew of and respected the Bengalis and associated cultures, when they came to free Bengal and Assam from the British during WW2.

Pretty much every nation in WW2 was engaging in Colonialism. I doubt Japan went anywhere to “free” the people there.

Dont know about japanese motives but Brittish scorched earth tactics caused a famine in Bengal region which took millions of lives. So japanese were kinda treated as saviors…

pretty sure many colonies treated the axis as good guys

That’s a…really political and prone to biases road you’re going down there. The famine was caused by Japan invading and cutting off food supplies which caused indian merchants to jack the prices to unreasonable levels to cash in on the event. Churchill shockingly despite being very racist even for his day when it came to India was actually concerned and there was a massive effort to transport wheat from Canada and other places that got bogged down I think. It’s a confusing mess that no one thing can be pin pointed as the entire cause and has been propagandized to hell and back. Uhhhh no many colonies did not to the contrary once Japan started having head hunting contests and baby bbq’s the colonies wanted Europeans to come back to them. Japan was insane culturally back then and nothing like it is today.

Eh from what I have read the Bengal Famine was caused by the UK increasing the demands during a very bad season. From what I have heard Churchill didnt care about it either.

Eh he actually wanted ships to diverge from wartime logistics in order to supply the Indians, but the wartime logistics and the realities of war really bogged things down. I’m no where near saying Chirchill was a saint far from it, though I find the whole Churchill actually giving a ■■■■ about the famine and trying to essentially apply a band aid solution towards a mess they helped created to be ironic. The whole thing was a massive mess that the colonial government AND the native princely states helped accelerate but trying to paint the barbarian empire of Japan as a white knight tally hoing to save Asia is frankly a disgusting level of historical ignorance and playing into Japanese empire propaganda.

I get the Japanese in WW2 werent far behind the germans in atrocities, but I think at some point we should stop defending Churchill

Look at this BBC article: 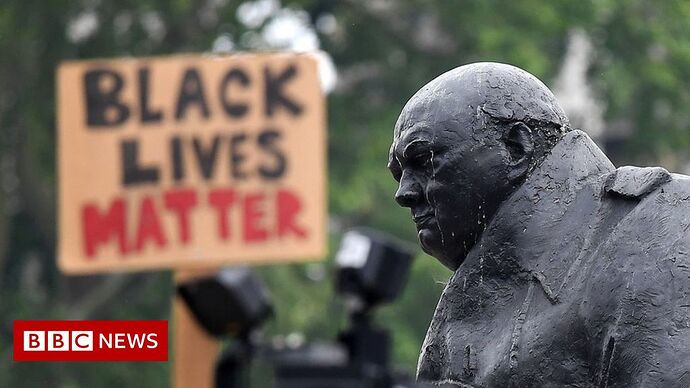 Yogita Limaye explores how Indians are questioning more about the dark chapters of colonial history.

If the English admit that they really made the situation that much worse, I think its kinda undeniable.

A cyclone and flooding in Bengal in 1942 triggered the famine. But the policies of Sir Winston Churchill and his cabinet are blamed for making the situation worse.

Yasmin Khan, a historian at Oxford University, describes the ‘denial policy’ that was implemented fearing a Japanese invasion from Burma.

“The idea was that things would be razed to the ground, including crops, but also boats that could be used for transportation of crops. And so that when the Japanese came, they wouldn’t have the resources to be able to expand their invasion. The impact of the denial policy on the famine is well evidenced,” she says.

Diaries written by British officers responsible for India’s administration show that for months Churchill’s government turned down urgent pleas for the export of food to India, fearing it would reduce stockpiles in the UK and take ships away from the war effort. Churchill felt local politicians could do more to help the starving.

Never said I agreed with Churchill. It’s more ironic that he actually gave a ■■■■ and tried to band aid the situation.

Either way, this is a pointless debate. Lets end this