If you want your issue to be addressed or at least read you might want to post it in english language.

You can check the Forum’s code of conduct here:

Code of Conduct: These forums have been created to give the Age of Empires community a centralized outlet for discussing Age of Empires-related topics. As the guidelines from the Terms of Service state, you are required to maintain appropriate forum etiquette for participation. Here are a few basic dos and don’ts: DO… Treat all forum members with courtesy and respect. Make friends and welcome newcomers. Start discussions, but remember to do so in a respectful manner. Use subject lines that ar…

Considering this is about traductions to spanish, making it on Spanish makes sense I guess

You would still have to request the change in english language though, as it is the forums norm anyway. Lots of people already request to fix stuff in their native language versions of the game, but always communicating in english.

A Google translator would suffice, but i’ll try to summarize here:

Please change Celts’ Woad Raider name from “Incursor Azul” back to “Invasor de Pastos” in the Spanish version of the game because the former is stupid and innacurate, and the latter was used for 20 years so there’s absolutely no reason to change it now.

I think that Microsoft can understand Spanish. I dont know, its the second most spoken language

Doesn’t matter. They can ignore this topic willingly for this rule alone, knowing it or not.

Since my main language is portuguese (and therefore similar to spanish in some ways), I also think “Invasor Azul” for Woad Raider is stupid and that’s why I did translate his request regardless. But what can I do, I’m just a random forum poster trying to help.

But as I said in Spanish, ‘‘incursor azul’’ o ‘‘incursor añil’’ is the most accurate translation, because it refers to the plant (woad) from wich the Picts obtained the blue or indigo dye with wich they painted their bodies.

Thing is, it has been called “Invasor de pastos” for over 20 years. While it might be true that “Invasor azul” is more accuarate, I don’t see why do they sacrifice an unit’s identity for some extra accuaracy between languages, I would rather have them stick to the original.

I mean if we want units to mean strictly the same in both languages there are more things to change. For example, a “Knight” is not the same as a “Jinete”. I think units have an identitiy by now and is not worth it to change by now (unless it is massively wrong)

I always post in english. I did it quickly and just came out in my native language haha. I can edit if necessary. 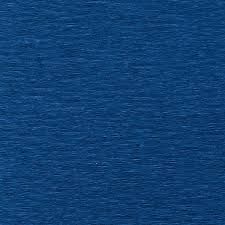 That is the colour that comes from woad

No, but do these mistakes have to be a bad thing?

We can agree on the fact that, 20 years ago translation was off, since many names do not mean the same in english and spanish. The question is, Is it worth changing them so that they mean strictly the same?

Keep in mind that by doing so, you sacrifice unit identity, and we are not talking about awful translations to begin with (they didn’t translate “Eagle warrior” into “Squirrel fighter”). The name was “Grass raider” instead of “Woad raider”.

Before answering, ask yourself “Would I like it if Knights were renamed into Riders?” or “Would I be okay with Woad Raiders becoming Blue Invaders?”. If you would be okay with these changes then the discussion is valid, but if you wouldn’t then it’s just double standards.

They had to respect the original unit names in foreign languages, the dubbed work was terrible on DE, not only woad raider was changed, but also the skirmisher was destroyed to “hostigador” while the old dub was “guerrillero” which is the right translation to spanish, they also changed the name of the mangonel to something even more ridiculous, ensemble studios was just superior at keeping these details, sadly FE devs are not going to fix it cause they probably don’t care.

Yes, it’s worth changing the names to make the most accurate translation possible according to the historical terms they are intended to reflect and to each specific language.

That 20 years ago a bad translation was made, probably because of trying to make a single translation that mixed Spanish from Spain and Spanish from America, does not mean that now it cannot be improved because it threatens nostalgia.

And why would the English name be changed from knight to raider for having used the word ''jinete in Spanish? ‘‘Jinete’’ is the correct term in Spanish according to historical, military and linguistic terminology, just as kinght is in English.

Before continuing to accuse anyone of double standards, I suggest you learn a bit of military history and use the RAE dictionary or even Wikipedia so as not to look bad by showing that you don’t know what you’re talking about.

But the thing is ‘‘hostigador’’ is the RIGHT term to translate skirmisher, both in historical and linguistic terms. Guerrillero does not make any sense because the unit does not fulfill the role of a guerrila, it fulfills the role of a ‘‘escaramuzador’’, another synonym in Spanish for ‘‘hostigador’’.
They could even have use terms form ancient military history like ‘‘peltasta’’ or use another term like the Italians who use ‘‘fanteria leggera’’ (light infantry), and both terms would be more correct than ‘‘guerrillero’’.

‘‘Mangana’’ is how it’s correctly said in Spanish, although there are those who use mangonel, this is an Anglicism, so the change is fine.

The translation team has made gross mistakes, like the imbécil who wrote ‘‘campos catalanes’’ instead of ‘‘campos catalaúnicos’’, but make a rant only because you don’t like that they put the correct names and they are not the same as when the were minstanslated 20 years ago, man…