This may be intended OR, well this is just usual case of lack of attention towards the civ in a typical fashion.

House of hanover give a factory to all civ if u age up to age 5 with the research given in the native.
But as now India have Mysorean Rockets, shouldn’t it produce rockets ?

(Im fine with the heavy canon too , and anyways India doesnt use artillery much, so … but, worth a thought.)

NOTE : BRITISH gets Rockets and , Ottoman gets Bombards from this extra (3rd) factory.

Does that make India the only civ to get all three? Neat

Yeah, with how AoE3 rolls, I gues it’s fine either way, Mysorean Rocket or Heavy Cannon. Though I wonder what game effect there would be, if Factories also produced unique artillery units for every other non-European civ.

This reminds me of a bug report I saw: 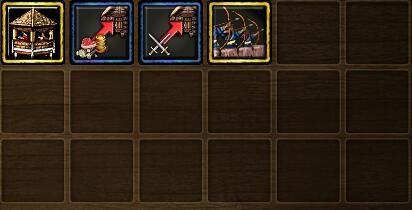 Even Great Bombards could work for them. The Mughals had tons of giant Turkish cannons.

if Factories also produced unique artillery units for every other non-European civ.

Its already not the case with china, where it produces russian heavy cannons, not flying crows

I don’t think that’s comparable. Flying Crows aren’t a unit anyone produces at a factory but Rockets are. The Indians getting the same unit as the British get from their factory would also be fitting.

tbh this is a case of whatever you want I feel like.

That is a lot of options

all that is left is big boy ethiopian mortar somehow

Its already not the case with china,

tbh this is a case of whatever you want I feel like.

But yea its not comparable exactly.
Also as a Rocket is already a unit that gets obtained from factory.
But thats the difference between Mysorean rocket and normal rocket starts

Still if they give an Indian factory rockets production, It’ll stream line the game slightly #QoL
Also it has also makes me think , that maybe China should also get Crows from factory? but that factory of from consulate and crow already a unot from wonder so. . . it doesnt exactly fir the pattern like brits and India rockets does.

It upgrades the battery tower and the castles.

Its already not the case with china, where it produces russian heavy cannons, not flying crows

I never said I didn’t know what Factory can produce—and there’s a sensible consistency in it only producing European unique artillery. My topic is, what if it could also produce the likes of Flying Crow, Captured Mortar, Sebastopol…? What would be the impact on treaty play?

It upgrades the battery tower and the castles.

I was relaying another player’s written report, didn’t see it myself. So the Battery Tower is upgraded by the European Outpost line, and it can research both that & a non-European civ’s tower upgrade. I wonder about how to communicate this clearer.