Update 13.27885 is very significant for India and many other civs. there are significant long awaited improvments etc (sepoy,mohout etc)

But this is topic is to discuss about the worth of “SOME” cards that still appear to be worthless despite the effort.

Grazing : Still doesn’t worth a place for what its worth, as it gives a total of 90c / min after catching/matking 20 cows. thats a 1.5 coin trickle, after catching/making 20 COWS ONLY. this doesnt apply to water buffalo or yaks, but interestingly the sacred field counts the yaks into sacred cow limits

meanwhile the card only work for COWS ONLY ! and the only map i remember with cows is Texas. meanwhile othere maps including deccan etc have herdables but dont have “COWS” for the card to be effective

I dont see losing anything if i dont have this card in any of my deck. Would be so much better if Goraksha card had the coin trickle instead.

Foreign Trading company : IDK what can be achieved with a 0.6 export trickle

+ * Consulate Army cost -15% with a penalty of 5% resource for EVERY single unit, including villagers etc. If someone can some up with a strategy do mention. meanwhile even pairing this card with other consulare cards. it doesnt provide any value especially in 4th age. I suppose this was more targeted towards treaty , yet leaves many things to be desired. I dont see losing anything if i dont have this card in any of my deck

with no upgrades etc

and a 3 POP! if pop was 2 maybe that was somewhat acceptable ! Personally I think improving the jat lancer would’ve been a far greater improvement than this card.

Yeah these cards highlighted all seem underwhelming. Going to do some tests, wish that export trickle was higher or it was an age 1 card with slightly different effects

I haven’t tested them all, but I don’t think their effects are exactly what you’re describing.

Grazing: From the description, it sounds like the cow trickle is in addition to the camel and elephant trickle that it granted before.

Foreign Trading company: The tooltip shows only a 2% cost increase for most military units. Economic units look to be the full 5%.

Rocketeers: As much as I want Mysorean Rocketeers, making it the same unit as an Arsonist seems like the dumbest way to do it. Ideally, they’d be a unit for a Mysore civ, but if they aren’t going to do that, Rocketeers should be a mercenary, and Arsonists should become an outlaw. And as an age 4 card, this one seems quite underwhelming.

Exactly so less trickle that too in age 4 doesnt seem to be usefull and that too with such high penalty on literally every unit.

cow trickle is in addition to the camel and elephant trickle that it granted before.

It is in addition, yet still it is not usefull, coz grazing previously was also not usefull at all. adding a 90coin/min is still not going to add anything to make that card worthy of the deck. instead the trickle should’ve been in the Goraksha card , that would’ve made alot more sense.

2% cost increase for most military units

but any ways it increases atleast 4-5% cost of every unit.

Arsonist seems like the dumbest way to do it.

yea, if u see the stats they barely compare to a 2-3rd age malta units.

Grazing: From the description, it sounds like the cow trickle is in addition to the camel and elephant trickle that it granted before.

Maybe everyone should generate the same type of resource, and maybe the income should improve a bit with age advancement.

Sacred cows would potentially generate 1.5 coins per second (0.075 X 20). According to the patch notes.

I also think it could be an age 4 card and have 50-100% more impact than it is now. The armies would stay the same, but the cows are the ones that would improve. After all it is in the period where you start to get a good army mass.

Other proposals I have made is that the camel and elephant armies be a little less expensive in food and wood respectively. In addition to the cows generating coins (Although personally I would like it to be wood).

Rocketeers isn’t that bad I like grenadiers and it’s a boost to arsonist (mercenary grenadiers) that you can get via shipments and it does give you another ranged splash option…that you can train.

Foreign Trading company maybe not so bad…maybe but no, I can’t take the risk to try especially since the consulate system needs a serious rework.

Rocketeers isn’t that bad I like grenadiers and it’s a boost to arsonist (mercenary grenadiers) that you can get via shipments and it does give you another ranged splash option…that you can train.

Grenadiers are a very different story.

These are super pricey, worthless units for age 4, absolutely junk, not even perform well in age 2.
It ONLY decent at siege , but India never needed a siege unit , as it has so many of them.
It costs 250c , and a FREAKING 3 pop, also India doesnt have any cards or research to upgrade them

Rocketeers should just entirely replace Arsonist mercenaries in all circumstances. Then the card could enable an enhanced version of Rocketeers at Castles.

Arsonists are common criminals, not soldiers of fortune. At best they should be an outlaw unit, not a mercenary.

3 Pop? that’s cheap a typical merc unit costs double the pop of the regular unit in this case grenadiers so it’s 1 pop cheaper. 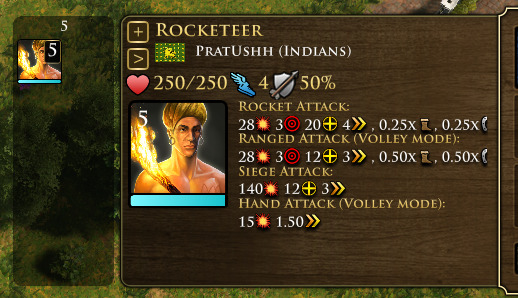 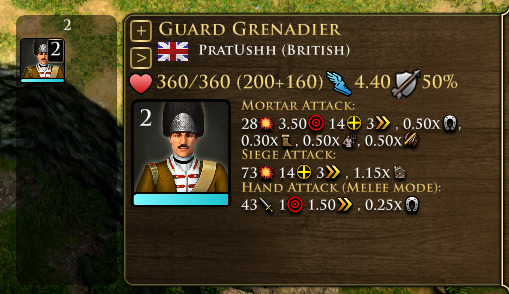 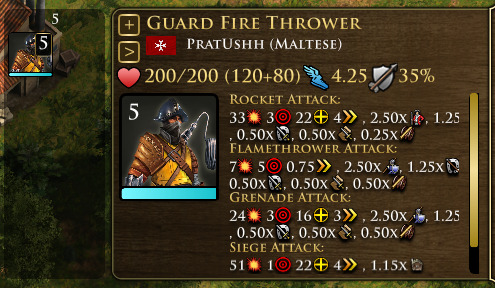 Definitely not great, but not useless either, they have their perks over the others but i wouldn’t get them unless i’m already shipping arsonists with their massive siege attack (shipping them is much cheaper) .

Definitely not great, but not useless either,

No one even use grens after age 3, even the malta players use rockets with caution, as they are their units.

meanwhile this cards enables this trash unit in AGE4 lol ! there is no unit it can kill in that age with those stat n pop. also india is not a gold heavy civ ! and sacrificing a card just to enable a slowly produced , expensive useless unit. there is no point flail ele is far better , let alone siege ele or just some mohouts.