According to you which civ do the Imperial Camels fit better thematically?

My idea is to move the imperial camel from indians to saracens and give indians, knight line or battle elephant line while making saracens the ultimate camel civ.

6 Likes
INDIANS in AoE2 need revision
Changes to indians' UU
Problem with Indians and their unique unit
Indians should be reworked
[Balance ] Making Indians UU better
Help! The Saracens have lost their identity and some other stuff
Szaladon February 3, 2020, 9:18am #2

The Indians in the game are a camel civ. Those changes you suggest are way too big and would go against the design philosophy of this civ (no knight line, just camels and scout line). Lots of people would feel alienated.

The Indians right now represent Mughals in their main design but have a South Asian architecture set which makes for a interesting combination. Ideally there would be a South Indian civ like Tamils or Dravidians which would better represent the Southern parts of the huge subcontinent.

I wonder why did they choose mughals for a medieval era game. It fits better in aoe3 timeline.

“The Mughal Empire , or Mogul Empire , was an early-modern empire” 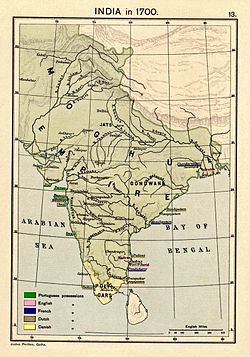 The Mughal Empire, or Mogul Empire, was an early-modern empire in South Asia. For some two centuries, the empire stretched from the outer fringes of the Indus basin in the west, northern Afghanistan in the northwest, and Kashmir in the north, to the highlands of present-day Assam and Bangladesh in the east, and the uplands of the Deccan plateau in South India. At its greatest extent, it was one of the largest empires in the history of South Asia. The Mughal Empire is conventionally said t...

Back in the days when Forgotten Empires was created, it was still a small mod and the Indians had Middle Eastern architecture and the Taj Mahal which was built in 1631 as wonder.

It definitely is out of the time line

If we go back in AoC times there was only 1 camel civ: the Saracens. So Indians could fill the niche of a new camel civ(and much better than the Tibetans, that were planned first, could have) and it would allow another elephant unit. As of splitting the civ, it’s like saying that since Franks represent both the Germanic tribe (Throwing axeman, Bearded axe) and the medieval France (knight/castle bonus, bad crossbows) we should split the civ. Actually most civs could be split. So why nitpick for India and not the other civs?

I’m reopening this topic in order to facilitate on-topic discussion of this game suggestion. Please be respectful towards other forum users per the forum code of conduct.

So why nitpick for India and not the other civs?

Because India is huge subcontinent. In medieval era it contained a forth of world population and GDP but was not a united political entity and had a large number of cultures, kingdoms and languages. In reality a camel(from Thar desert) never stood before the indian wonder brihadeswar temple(tropical region down south).
It’s like representing Europe as one civilization. It will still be acceptable only if it atleast represents a specific region but not a odd combintion with norse and mediterranean stuff in one civilization.

But Indians history mentions some Dravidian empires like Chola, Pala and Rashtrakutas, and one of the AI names is a Chola ruler: Rajendra Chola.
Much like how the Slavs includes Polish and Bohemian rulers as AI names, or Tatars with some Kara-Khanid and Gokturk leaders.

Not to mention, the Slavs history description specifically mentions the Bulgarians, despite the latter becoming its own civilization in The Last Khans.

It has sense because they were from another origin.

Then, almost every Saracens player uses the foot archers or the cavalry archers, it needs to make the camel riders useful again.

Btw, Pole is worth being another civ from Slavs. Pole had the szlachta instead of the boyar.

Even if they have to represent the Rajputs then why get Fishing bonus, why get Brihadeswara(from South India) as Wonder?.. Really strange choices by devs (Camel+Fish).
Also the last mission of Prithviraj Campaign is just completely fictional…

Why not just give Imperial Camel to the Saracens as well?

By game logic, Imperial Camel and Imperial Skirmishers (units with the tag Imperial) are kind of meant to be unique upgrade to only 1 civilization as a second unique unit. Though expanding the concept of imperial upgraded units is yet another nice idea that needs discussion.

Imperial hussars should be for the last cuv that should be added : Poland (idk if I’m joking oe not ahaahha)

Imperial hussars should be for the last cuv that should be added : Poland (idk if I’m joking oe not ahaahha)

Introduce Amazones into the game. All human beings units are female and add Imperial Villagers for them. Just for fun. : )

Yeah, the purpose of the Wends civilization would be to cover both the Bohemians, as well as the Poles, with Great Moravia being the major empire justifying the Wends’ existence in Age of Empires II. West Slavs deserve better than to only be partially covered by other civilizations.

The problem with most of the Imperial suggestions you listed is that the current highest upgrade is already rather expensive, which was not the case for Elite Skirmishers or Heavy Camel Riders. I could definitely imagine an Imperial Arbalester upgrade however, and I don’t think it would be OP for the Nubians considering we already have Elite Longbowmen. It could be a great idea if the hypothetical civilization to get the upgrade has major weaknesses otherwise.

Whatever. There are for fun.
Btw, if Nubians and Netherlanders could be introduced, I would look forward to Nubian Archers of the Eyes who have the ability to ignore the pierce armor, and Dutch Reiters who are cheaper mounted cannoneers to counter the gunpowder units.

Nubian Archers of the Eyes

Nubians won’t be very different from Ethiopians. They also have a lot of archery civ bonus.

They did not exist in Aoe2 timeframe.