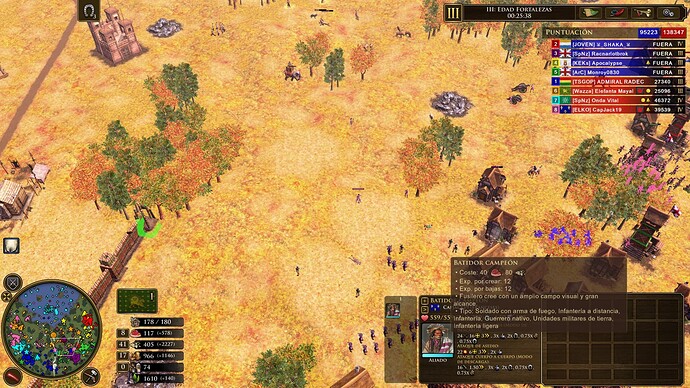 look the cost is 25% less than shown on image

its overpowered waht do you think?

should french have less buff?

the cost of the unti is 90 sources

they were recently nerfed by some hp recently iirc

card of third age with french an other civs, being only 90 sources down from 120 sources

Thought you meant this but wanted to check. Since the reduced costs are from a card and the wood cost is so high I think it’s fair. It gets pretty big numbers as French or Inca but it’s not super easy to get going, especially in supremacy.

indeed is super easy, natives wood cost is less because they dont need houses, french can have 5 houses and 3 natives post, houses are only for villagers not for army

13, each cree settlement let you recruit 13 cree trackers, not 19

13, each cree settlement let you recruit 13 cree trackers, not 19

stand corrected, its even worse

to get them to the 600 hp you need to be sending 3 cards minimum, not to mention the cost reduction card (so 4)which can be instantly negated by 2 falcs since the falc multiplier and splash is 600 damage per volley per falc not to mention once you have the 13 units…then wat? ur opponent can still bum rush you with cav or just FI and send heavy cannons

to recalculate the numbers you saved from the cost reduction card (its 30 resources x 13 + say 200 for houses saved) so 590 resources, the same value as an age 2 crate shipment. With how the settlements are placed, you have to contest the second cree tp on the opponent side so in effect you only have 13 to work with.

Also not to mention if you want to maximise to get to that 590 value, you need to send the reduction card, an age 3 card, so you are vulnerable throughout the entire time.

bro, in 4vs4 french natives is very good, as i said they dont need to builkd houses, 3 cards of natives is good, as i said before there are aproximately 3 natives post on each map, also theyt can replace the lost native unit and also have eco for cuirasiers.

This strategy can be done on 2vs2 or 4vs4, specially when players are not in controlling map.

french is nto vulnerable teh entire game…villagers have 40% resistance 33 archers are needed to kill 1 vill, allies defend you from cavalry, and as partnerrs are not very good, this strategy on the late game is overpowered.

in 4vs4 where people cant finish a match quickly because they are very noob, this strategy stand out, because the french player can play natives comfortably, the cards save a lot of sources, because they make very good units have around 55% more hitpoints using the 3 cards. Also natives have powers, some natives give excellent technologies

It’s such a special set of circumstances for this to occur that even if this may be powerful it is one of many strategies that can be powerful under certain conditions. I’m not worried.

ive personally lost many times to this strategy just because my team is not good enough to rush or controll map in order to make french player dont take natives.

in 4vs4 where people cant finish a match quickly because they are very noob, this strategy stand out,

i mean in that situation alot of things can stand out. China Koxniga FI stands out as well but its not good in normal circumstances

Again im not saying its bad, but its definitely not “good”, and it being overpowered is basically a non-starter

thats because you have not seen this strategy well executed, doesnt mean its not overpowered.
Its crazy that natives ahve 55% more hitpoints with french… compared to other civ, just crazy

also natives are created almost instantly, non french playerskill those 13 natives with 600 hp and then isntanly other 13 nativess with 600 hp appear, and very cheap, its unkillable, the only form is to destroy native post.

thats because you have not seen this strategy well executed, doesnt mean its not overpowered.

dude most team game i play ends in age 2 and last around 15 mins, it never even gets to the point for this to be well executed.

which can be instantly wrecked by 5 pikes, not to mention if its too close to the starting tc you cant even build there anyway

Just to say the amount of time and resources you need to invest in this means that your team is playing 1 player down for a good 3-5 mins and if the other team knows(and knows to attack) they will just 3 v 4 you.

There is a difference between playing french + natives ( which can be decent) and going full native as france. France doesnt even have the increased native card which means you have to eat a slot of your ally’s deck to get increased build limit. 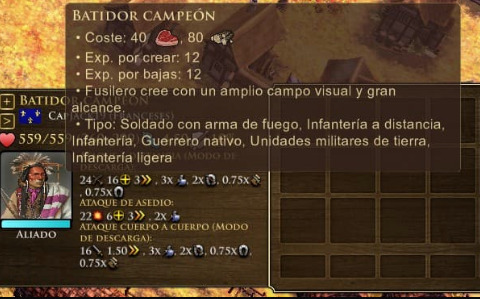 age V more than 600 hp for 90 sources cost, probably instant creation. Natives are really good and very cheap, one of the most profitable units in the game, any native for french except maybe native range heavy infantry, but the rest of natives for french is the most profit units they can use

This strategy against people that dont micro his unit and cant take control of natives post in order to diminish this french strategy, becomes overpowered.

ive seen around 60 nootkas with around 350 hp that can kill around 60 skirmishers, but nootkas are cheaper and enough fast to fight meele overtaking meele attack from skimishers. Just because all french natives are very tanky (except range heavy infantry) this strategy allow to tank a lot of damage spending very little of sources, making it very worthwhile

this guy: fReNcH nAtS aRE sTroNG

After also sending about 6 upgrade cards for them lol.