Is not age of empires 3 the best game of the saga?

Probably,AoM DE will arrive next year…

well I would not mind AoM 2 with that engine and sound from AoE 4, but I am afraid they also ruin it by nerfing everything.

Don’t worry, if AOM DE is done, it would probably be by Forgotten Empires, as they have handled the other DE versions. Highly doubt Relic would be involved, so if you’re a Forgotten Empires fan (me) you would be breathing a sigh of relief.

I’m quite happy with the lack of utter domination forts have in AOE3. They are too dominant in AOE 2, if you see one you basically are forced to go to the next age to get a treb to deal with it. Rams don’t seem to cut it most of the time.

big agree here, and yes awaiting for that aom DE

Hehe… when you find that there is a hotkey that sort of do what you want you gonna feel so silly about this.

Well they made castles so worthless that literally nobody uses them.

Khorixt used to use it… Sort of miss his AoE3 streams. Pretty much everyone but me seems to be playing AoE4 right now =/

there isnt, and is aalready requested for many players

Don’t worry, if AOM DE is done, it would probably be by Forgotten Empires, as they have handled the other DE versions. Highly doubt Relic would be involved, so if you’re a Forgotten Empires fan (me) you would be breathing a sigh of relief.

Well we gotta hand it to them, they really upped the bar with Aoe3 DE…

Did they? They completely botched the release with bad decisions, bad balancing and buggy programming. The game currently has 3000-4000 players a day when it could’ve easily been over 10k a day if they had shown some extra professionalism.

I appreciate the new civs and hard work they’ve put in but it isn’t difficult to imagine that someone could’ve done a better job.

True, the release was a bit choppy, but the game greatly improved since.

On the default settings is shift + .

The problem with this hotkey is that selects every single idle villager instead of individual small groups. That’s why I shift click the UI.

Although the high level players do use this hotkey instead of clicking the UI.

Checked back today, and still seems to be the best. The only question I’d have for IV is Where are the turtles - YouTube 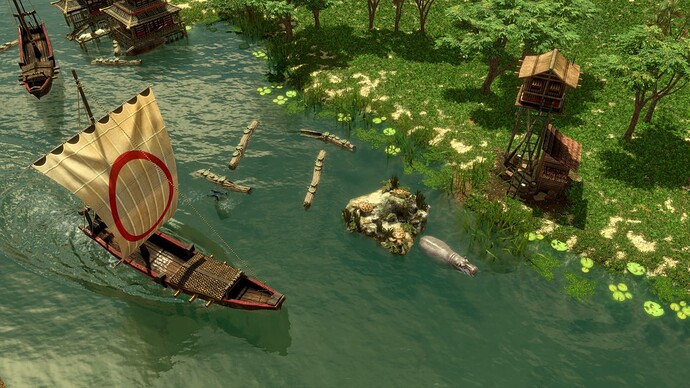 All age games including AOE 1 are better than AOE 4, its not even close. I just keep scratching my head and cannot figure out how anyone likes AOE 4. The graphics are absolutely HIDEOUS especially the unit graphics. People think Age of Mythology EE graphics are bad but they are in fact miles better than 4. I keep going back to try to watch game play videos thinking I must be wrong somehow, but nope. AOE3 de has the best graphics of all of the age games.

You mean people only play for graphics ?

AoE 4 campaigns are at least fun,but yes…aoe 4 is half loose in several design sections…it lacks several things that do the QoL (hotkeys, in-game scoring and pathfinding mainly) and also still needs to put the ranked games;hopefully by January 2022 that the first patch comes, several issues will be solved or aoe 4 will be in serious problems…

I wish AOE-4 had more artistic richness than AOE-3, but it’s actually far behind.

Seems kinda trollish asking this on an AOE3 forum haha. I’ve played 2, 3 and 4 and like 3 the most mainly because the home city cards give the game a type of strategy that’s not in 2 and 4. I tried 4 but can’t play any more of it until they allow fully customisable hotkeys. And the graphics are so bland and dated. That’s not the most important aspect of a game but it does make it less appealing, and especially since the price is ridiculously high.