Is the mod manager always meant to show 0 likes for everything?

All of the mods in the mod manager always show 0 likes. It’s really strange, because I can’t imagine that that statistic is accurate, but I can’t be certain.

Assuming I’m correct, it’s meant to accurately show the number of likes a given mod has. 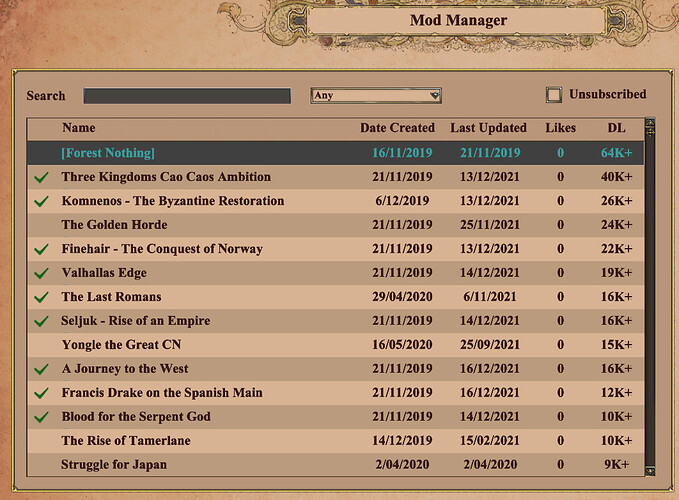 I get the same thing–all mods showing 0 likes. It’s been a month or so, before that it was working ok.

I feel like I’m the same, but I can’t remember when it last worked, so I’m not certain.

Thanks, we are already tracking this issue ^-^