Issues with the current mod support

Firstly, a bunch of mods show unknown creators (including some of my own mods when I am not logged in) 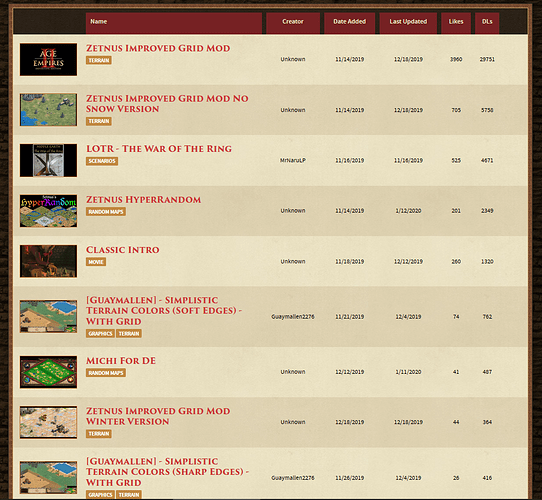 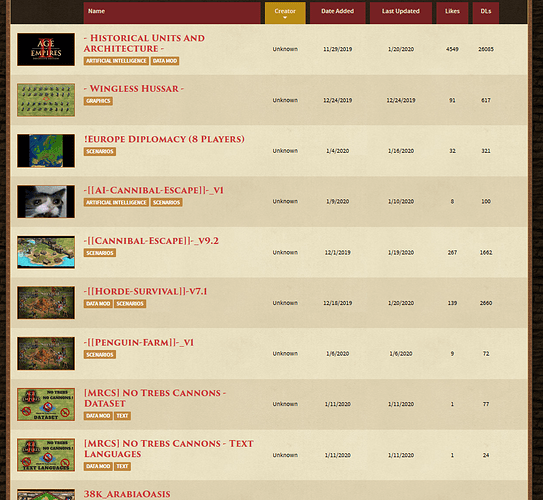 Secondly, I’ve now heard multiple people say that subscriptions do not auto-update (or at least not in a timely manner) and require users to unsub and resub to get the updated files. If this is true, it really needs to be fixed.

Fourthly, also allow us to edit old change-logs to fix typos and such. The Steam Workshop allows this, and I see no reason why allowing people to edit their own change-logs could possibly be an abused.

There’s more stuff too, like not having the mod type reset to artificial intelligence, and being able to see the preview thumbnails in the in-game mod browser. And being able to upload jpg images in-game instead of only png.
I’m sure there is even more…

I have to add, that currently all mod pages show “Mod Not Found. Try searching again or try back in a bit.” error in web site.

@DodoNotDoDo Hopefully you noticed this topic

They really don’t and that’s really annoying. Just yesterday I joined a Cannibal Escape lobby, the host had v3 of the map with no clue that it got any update (current version is v9). And it gets specially annoying with data mods, because if you try to join a lobby with a data mod set up while having a distinct version of such data mod installed, you just can’t join the lobby. The game forces you out.

I truly think they nailed it with the ingame mod browsing and server hosting of mods, but it still needs a loooot of improvement to get well, and need to provide some more flexibility on user side.

Thanks all for the input on mods. The error earlier and names missing should be fixed now. For the other changes, I know a couple of them are in progress and others we’ll investigate. I’ll also report the not-updating as a bug, it should definitely know that an update is available.

I also have to concur to have mods sorted in-game not just alphabetically. It’s why all mods have to start with special characters otherwise you’re way at the bottom of the list. By default it should be based on subscriptions/likes, but having filters to sort alphabetically or reverse alphabetically or oldest or newest first would be great options to have.

Comments for mods would also be great for feedback, but I realize that would require a moderator to manage them.

The more advanced version is to sort by “popularity”. Steam does this with some sort of algorithm that probably considers release date, likes, comments, subscription count. It’s not transparent, but it does have the effect of prioritizing new popular mods.

But just having various filters and options is already pretty good.