A new scenario is now available.

The link of the scenario : Mods Single - Age of Empires

Description:
You have a hero who has the ability to produce 3 types of units, you will have to intercept convoys of gold to be able to produce bandits, to win you will have to destroy the banks of the city of Santa Barbara. Beware the patrols are very dangerous, the map is available in three different difficulties. I took a lot of time to test the card to look for all the bugs, I fixed all those encountered, the card is playable and there are no worries but if there are any to send a message for me to fix. I tried to explain as best I can for the player

Jack Powers, or John Power (1827 - 26 October 1860 in Calabasas, Arizona Territory), was an Irish-American bandit from southern and central California at the time of the gold rush.

In the 1850s, the robberies and murders committed by him and his gang made the part of El Camino Real, the historic route of the Spanish missions of California, located between San Luis Obispo and Santa Barbara the most dangerous road of California. His gang had the small town of Santa Barbara almost entirely under his control. He was finally expelled from the city but only after resisting the sheriff and a detachment of 200 men. 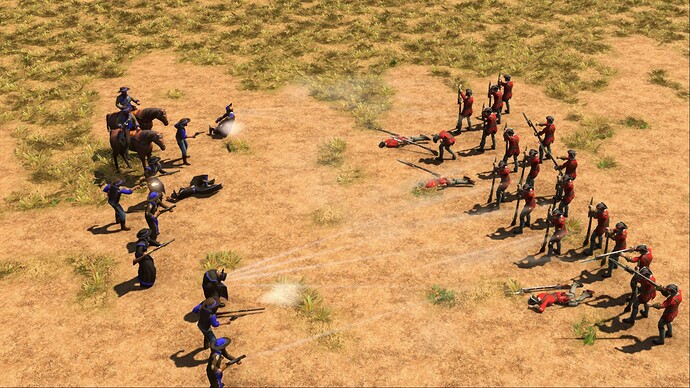 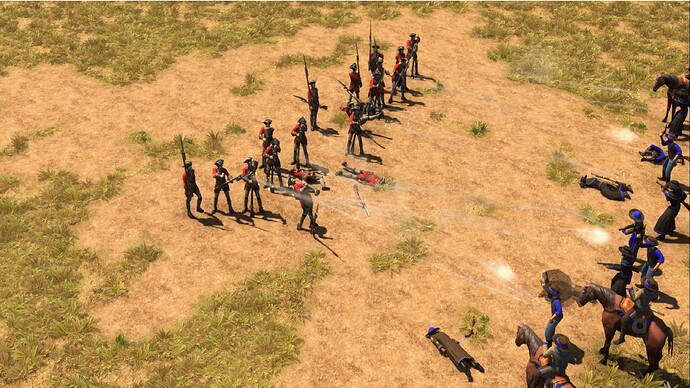 I just discovered the production bug, the population was 0 now it’s 100, I added a hero that at the end of the scenario I wasn’t sure I would use one and then I thought if it’s better and I didn’t know that it could produce units I just corrected that now you can produce units from the hero now that makes a bonus to be able to produce from the hero this does not impact my scenario so I keep this option. Good game to you !