Just a small idea for a buff for Abbassids

So, Abbassids have fixed age up times, and that’s actually a hassle, most of the times.

It’s relatively rare to have GA tier 3 by late castle age (in my 1350 elo experience), but well, if you got there, you gotta be rewarded, right?

I don’t think this only buff will pump Abbs up to 50% WR, but that’s something already, right? Right?!

yes this would be great

I don’t mind if devs decided to nerf siege but it’s the only good thing abbasids can do at age 3 that might give them a rare win. even though abbasids gets free researching engineering it is nothing big for abbasids just 50 wood and 125 gold kekw.

Everyone knows that Abbasids are the lowest winrate Civ for a lot of reasons and they’re also not playable in team matches games since the game built on landmark victory and they got 2 landmarks? i think this is a BUG!

For example firelancers deletes 2 landmarks in a few seconds while Chinese got 8 landmarks?

1- Their unique units camels are one of the weakest unique units ingame even mongol scout khan is better than them.

2- Unique golden age which buff villagers require -60- buildings close to eachother which is very hard to achieve compared to other civs that gets villager buff without doing anything big as building 60 structurers.

3- Aging up depends on 1 building and all enemies target it so you cant age up when your ONLY landmark is down.

4- aging up with abbasids are slowest compared to all other civs for unknowns reasons?

5- You cannot use or upgrade any of abbasid technologies while aging up cause it’s all in one building?

6- weakest civ in age 2 cause they got no lancers or men at arms compared to other civs?

7- troops can build siege in age 3 like mongols but they cant even repair it?

8- absolutely nothing special in water maps for abbasids while historically they’re one of the strongest civs as most modern science are built on their contributions.

9- if you tried to wall house of wisdom in team matches so enemies don’t snipe you since you’re the weakest civ you lose any chance to get golden age to buff villagers.

10- it’s depressing trying to compare abbasids to any other civs like imaging comparing camels to firelancers or even khan and elephants or chinese 9 landmarks to abbasid 1 landmark.

11- did you just make camels for memes? when someone see them in army or camels raiding he laughs that’s how useless you made this civs.

12- there are so many things you could do to make abbasids decent starting by fixing above ^^.

I hope one of devs or balance team see this cause the effort made on abbasids music and voice actors is HUGE. 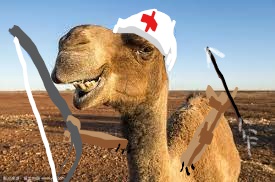 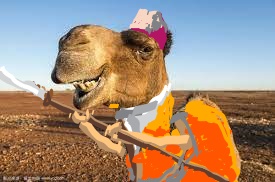