In AOE3 Complete Edition, the gathering aura of the Karni Mata granted a 10% gathering boost from upgraded gather rates rather than base rates.

Here is a link to the Karni Mata from the AOE3 wiki page: Karni Mata | Age of Empires Series Wiki | Fandom

This is no longer reflected in the AOE3 DE. I am not sure if this was an intended change (cannot find evidence on changelogs and upgrades) or an oversight but I will explain below in detail anyways.

If Karni Mata affects the upgraded stats (using the upgraded rice paddy as an example), some math would determine a villager with the Karni Mata aura should be gather at 1.0725 food/sec (0.975 food/sec x 1.1) 1.1 represents the 10% gathering boost.

Auras in AOE3 have granted the bonus most of the time on the upgraded stats. For example:

I imagine Karni Mata must have done the same thing, but it no longer applied in AOE3 DE. 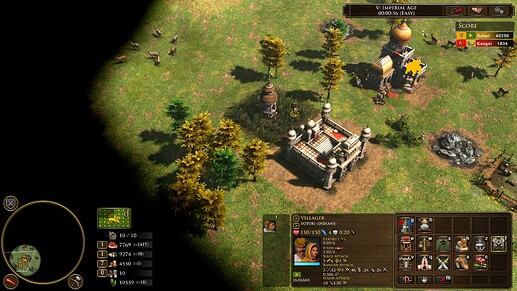 Picture 2 shows the section on the Karni Mata’s ability from the AOE3 wiki page.

That will be a great change as, as Indian villagers already collect least resources per villager, even when carded.

I would also like to add that an area increase of the aura to +10 LOS would be fine, as now the animals tend to stray away more than earlier! even with good hunting, its not guaranteed to get hunts into aura LOS now

the collection rate of the wood of India and very weak to train villagers constantly from wood weighs if more delivered at the beginning of the game, at least they should increase to 0.65 the rate without upgrades

India’s eco is not weak early game, I would have to disagree they need a buff on wood gathering rates. This Karni Mata change (or original intention) is supposed to give India some economic potential in the late stages of the game.

The bonus on upgraded stats is more rewarding when you have more upgrades. For example:

The bonus scales higher as you obtain economic upgrades from the rice paddy or you send gathering improvement cards like Food Silos.

Karni Mata’s bonus is less potent early on in the game as it is likely not stacking with multiple economic upgrades. Hope this makes sense.

yes yes yes i concord with you

Hi Sotorie, I have forwarded this to the balance team

Hoping this will be addressed ASAP

I do agree its great as a long term boom tool however I love starting with it.

10% isn’t nothing, and early game resources are more meaningful, and having those resources earlier slide the whole games totals of economic potential in upwards parabola.

Karni has to work over the final stats cause 10% is too low for a wonder bonus. Europeans get Economic theory that boost every gather rate on the whole map, while indians have to be in a small square.
Other option could be buff the bonus to 20-25%, buff it trough the ages or maybe adding upgrades to the wonder to not do it OP at early game (I dont think that)

I was simply saying it is a good wonder even early on. because faster res quicker changes the whole resource gathered curve.

And it is their only fully economic wonder. It really helps to use it early for that eco edge, especially in an area to clear out trees.

Does it really need to be modded or nerfed? it seems fine as is. its worth like 20% maybe by late imperial to food on paddies. perfectly scaling itself through upgrades.

I was simply saying it is a good wonder even early on. because faster res quicker changes the whole resource gathered curve.

The original 10 % on current rate, is fine, it also keeps all resources curve , more natural.

agreed. its balanced nicely in that India can get by without it so its not so op to cripple them, but creates a nice point of focus, and also can be noticeable eco to help maintain once factories are in game.

once factories are in game.

Ah ! Such a pain that is, for now in treaty! they should do something about the late game wood issue

I think all they need to do is make a tech that ships infinite things faster. To make urumi more viable in TR and then switching to wood… It can be sustainable…

But I value wood pre-TR, not one of those that just barely gathers enough and have a low coin score for it. I find I can get by if I get low on 1 res, but not 2 so can’t be low wood and try to keep up with food.

I always thought mangrove things should have been infinite for that, but would be OP, and really I wouldn’t even change my India deck for anything. India in TR is more about fun than pure competition anyway, but it can be quite good.

I think all they need to do is make a tech that ships infinite things faster. To make urumi more viable in TR and then switching to wood… It can be sustainable…

You do have some really great ideas ! having faster infinite Shipment would really really help India without defying the balance

I also wonder that in DE does India still have an 8 percent penalty on its shipment ? as in Legacy , or its removed ?

India in TR is more about fun than pure competition anyway, but it can be quite good.

Apart from : Investing xtra resources to defend from just some cannons/mortars,
and, reliance on Urumi to defend against super heavy inf (doppels/hata/lansknets etc)
India is great in TR even with pure competition, its just , its easier for other to reach Indian weak spot

Thank you! Its just small tweaks that most civs and balances that need changing for most things I find. But what is the balance in the civ seeming to stack so many shipments because it takes too long to switch from urumi, to making crates without really needing urumi again. wood should spawn fast enough 3 vils can gather without them stacking up too much. (could this even be a new/adapted wonder ability lost once a wonder is destroyed?

You just have to learn to play a little different with them…most euro battles are won by holding the line but India slow train fights in big waves and have to train the pop right. Instead India fights in waves they lose an inch of the line the gain 2 in the next wave, continually building a FB snail trail wherever you go.

I am not aware of any India Shipment penalty, is that for how much XP they need to arrive? or time to? I am not too sure about most DE changes.

In legacy I once got to major as playing mostly India, Vs some civs they shine very well against (dutch, Russia, Otto, natives, and do quite well vs others. I liked to go for a less greedy coin boom (I also tend to use less coin focused armies) and then be able to delete down 20 vills sooner to help mitigate the slow train time. Adding that much force for India is a lot more than 20 pop space once it starts meaning mass elephants are used, and at that point all do need to gather is food… its not an infinite window but a large one to get in some good positions, then delete down further for any final pushes once the start walls have a bigger hole made in them.

Its not fine while europeans get that 10% on the whole map in age 1without spending 800 food minimum to get it in 2nd age.
Also they dont get most eco HC cards while they have the most expensive units. In lategame if you want to train elephants you have to kill villagers, having a worst eco than others.

Somewhat true ! in late game the 10 percent bonus on upgraded gathering rate + Fur trading, makes the gather of gold and food wayyy easier, the issue is about the wood ! the 80 or 60 will eco can only stands for few moves, and if those moves fail the eco needs to recharge for continuous combat

Wood is not a great issue in the long term you will be floating on wood with crates. Also in treaty urumis are useless cause you cant mass them and mahouts(wood) arent a great help on the battlefield.