Check the second post. I updated the thread with the new, better execution. 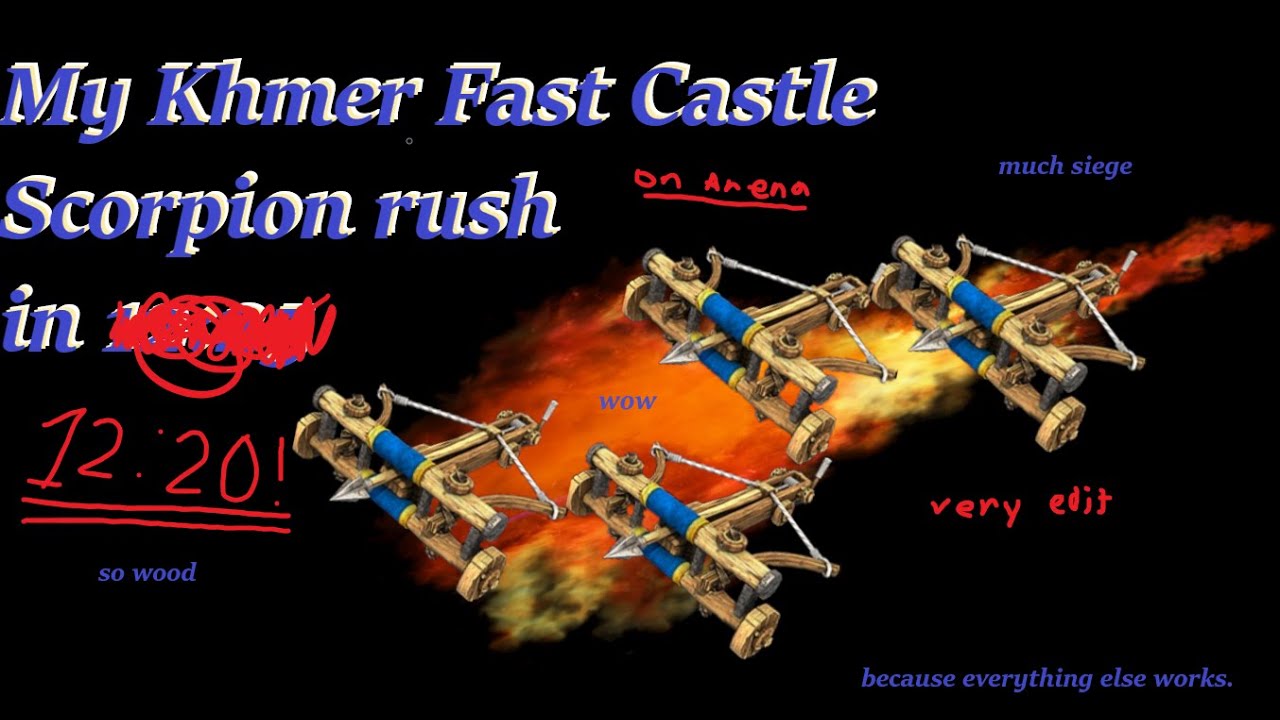 Peculiar idea, but I doubt it’s all that great against real people in 1v1. It might take someone by surprise, but in general pure siege push in Castle Age is very easy to stop with a couple of scouts.

You don’t need to drop two siege workshops. it shouldn’t be hard to drop a barracks instead of the second workshop, blend in spears, and make mangonels instead of rams.

The principle is the early timing, and what you can do with that timing. Maybe you can do nothing with it. Maybe you can do something really impactful with it. I haven’t built a strategy around it besides what works against the AI because I don’t play ranked matches. If I did, I’d have more useful things to say about it. I don’t. I’m not going to act like I do.

Peculiar idea, but I doubt it’s all that great against real people in 1v1.

Depends on the ELO obviously, but yeah on an open map yeah this could be heavily punished. Especially considering most players will have scouts or archers in your land prior to 12:20 if they’re scouting no walls or military buildings in your land.

I’m not making a villager in feudal age.

The +1 is just representing the scout which doesn’t disappear. This is 21 villagers. 22 villagers would net you a 12:45 castle age.