LAN Multiplayer - Unable to join game since May patch

Cannot join any LAN multiplayer games since downloading the May 2020 patch. The game shows as listed and invites are sent, but when trying to join you get an unknown error as seen in the picture. Nothing in the network or computers has changed, the issue began exactly when the May patch was installed. We have tried without mods, even without the official ones.

(ATTACH YOUR DXDIAG I 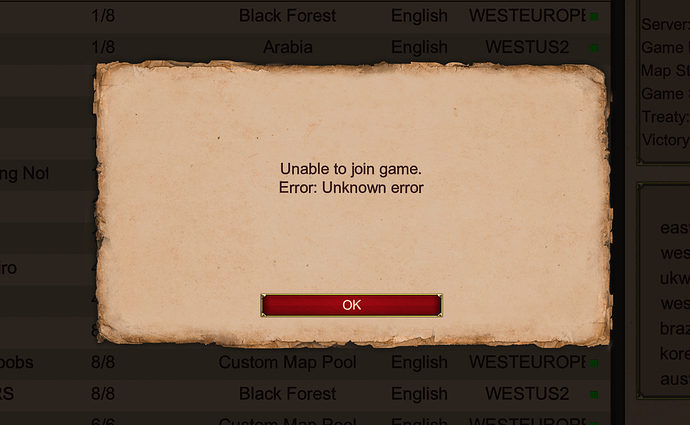 the fact we have to log into steam to do a LAN multiplayer game is ridiculous. but this is a problem too need to be fixed