since lots of people ( including me ) were reporting game crashes after the december hotfix, i think it’s only fair to report if the january hotfix solved our game crashes
personally, im experiencing 0 crashes after the january hotfix. the game was literally unplayable for me before this update, constant crashes even sometimes on main menu. but now, everything is working fine so far and i hope they dont change what they did in the next hotfix/gameplay update
what about you guys? lets give the devs some feedbacks about january hotfix here

My game still crashes the same as always since launch. It never gives an error it just crashes to desktop usually during Imperial age but can also happen earlier in some instances.

Cool to hear that people are allowed to get to play!

My game still crashes the same as always since launch.

Hey @ClickedDaisy, do you mind sharing your setup specs? And what are your benchmark score + game settigs?

I had an in-game crash to desktop last night on team islands. It was shame, because it was pretty fun game… 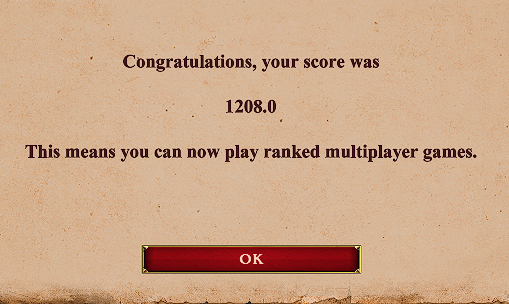 And before you say anything, Yes i have tried every troubleshooting steps posted in these forums but nothing works.

What speed are you running your RAM on? Are you using the XMP profile? I see that your CPU is not overclocked, so that should be fine. Do you crash when playing Skyrim as well?

My game never crashed until december hotfix. It seems that january hotfix solved it so far.

Well, if so, the best I can suggest to you is to defragment your disk drives and try to increase the virtual memory to see if it gets you any help.

Ah, ok. Well, I know Ryzen are quite sensitive to RAM, and the second generation officially supports up to DDR4 2933 Mhz (1467 Mhz), though of course people run it fine even at higher speeds, depends on RAM manufacturer and motherboard as well. If you’re running yours on 3200 Mhz (1600 Mhz), I’m thinking there is chance of instability, so maybe try 2933 Mhz (1467 Mhz) and see if it can potentially improve game stability.

P.S. also check BIOS updates for your motherboard (can improve RAM compatibility), if you feel you’re confident with it.

To [K1keyvanK1][Age Insider] I bought the game after playing the beta back in August 2019.
sadly, like a lot of others the game kept crashing especially when I was trying to play a different faction in the single player campaign. I could not see any future in the game or me playing it so I requested a full refund through Steam which I achieved! I thought that it was interesting when I was asked for what reason and the option was shown as constantly crashing which I confirmed was my reason to ask for a refund. This put me off the game, but as there seems to be that the issue has been resolved I might reconsider a repurchase as I am a great fan of AOE! I therefore give you my feedback.
From BastigBug3682 Age Insider

After the december update I was having some occasional crashes, but after the latest hotfix I’ve had zero crashes so far, and my FPS improved quite a lot even on 4v4 games.

A lot better on my side too, but now unable to create group with ctrl and numbers?

Indeed, no more crashes now. It’s so relaxing to play when you don’t have the constant stress that the game may crash when you enter castle/imperial age. Well done Dev team!

Yeah no problems since the update. Played hours with no issues!