DESCRIBE THE ISSUE IN DETAIL (below). LIMIT TO ONE BUG PER THREAD.
Starting since the last update, it seems the game isn’t compatible with CaptureAge with users with VPNs. I’ve been using this setup for well over 1 year without any changes, and the latest update makes it so that CaptureAge can’t see the game unless my internet is completely off, or my VPN is uninstalled.

I’ve formatted my computer for the third time today, using a new SSD and no other changes (firmare, bios, etc) and CA + AoE works fine until the VPN is installed. Once installed, AoE won’t communicate with CA even if the VPN is off/closed. It doesn’t matter if I bypass both applications executables. Again, the VPN software didn’t update and the only change was the game update.

A VPN shouldn’t interfere with the local server or connection methods of CaptureAge + AoE. I know because I’ve been using this configuration for well over a year with no issues until the newest update.

CA+AoE when there is internet connectivity. AoE won’t communicate its state to CA 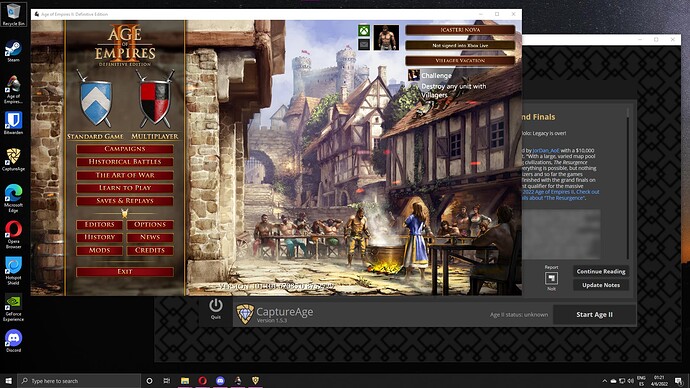 CA+AoE when I disable my network adapter. AoE will now communicate it’s open to CA 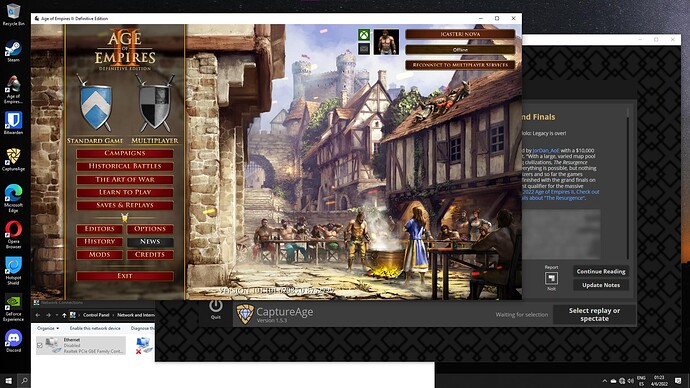 *No need for game files. You can use any recs or multiplayer match.

This is really bad. I’m aware this might be affecting a small portion of users, but now this is creating a big deal of stress for me. Until the last update it was working fine and now my broadcasts are suffering greatly due to it.

To provide a follow up with additional details, after further testing I have found CA + AoE to work well if they’re both using the VPN connection. What I had for the last year or so, was AoE bypassing the VPN so in case their servers experienced issues, it wouldn’t affect the game. This isn’t possible anymore and breaks the connection between the two. It isn’t a big deal until it is. Today I had to restart spectating a game 2 times due to not being able to bypass AoE and the VPN having some sort of issue fetching game data. I realize this isn’t caused by you, but not being able to bypass the game anymore only started happening since the newest update.