One of the most important but overlooked aspects of game aesthetics is music. Especially for historic games, music can make or break the game immersion. We have not heard any of the in game music samples, but here are some thoughts:

1. Each culture has its own unique musical history. For example, music in England in 1066 is different than music in the Abbasid caliphate in 800 and Ming dynasty etc.

2. We have some information about musical instruments and performance practices of these different cultures. Especially Western early music

3. This is probably too late to change at this point but, at least some info on music design would be nice in a fan preview.

Yes! Absolutely. I would love to hear unique musical themes for each civ derived from their respective cultures. How was that not suggested earlier?

I guess we assumed it’s going to be like that.

Especially for historic games, music can make or break the game immersion.

Unless it’s a treaty game or a diplomacy game, no one is going to notice there is music at all but yes, music is important, I spend a big part of my day just listening to music so I do care about the music.

Nowadays, one important point is often neglected by devs about music :

Issue: So, lately my streams are hit with copyright just for playing the game… I’m not a popular streamer (just a couple of followers, like 30-40 of 80 since lately I use my Twitch stream for educational purposes) but how can I record my games if every stream and highlight on Twitch gets flagged for audio copyright muting part of the stream/VOD?.. Reproduction Steps: [Anotación 2020-05-13 134950] Videos affected:

I stream AoE3:DE on Twitch frequently and noticed that some of my previous broadcasts were being flagged for audio copyright and that portions of the stream had been muted. It looks like it is because of the song “Win a Holy Bone” by Stan LePard. I know that I can turn the music off…but I love the music! I am a musician myself and sure hope that this composer is receiving appropriate credit. Can this copyright issue be fixed so that streamers can share this content? [audioMute]

We have to expect in the near future even more platforms flagging content for audio copyrights. I really hope that they would make AoE IV streaming,online video sharing and social media platform more “friendly” this time.

Faction-specific music would be nice, in fact, it’s kind of common in many RTS games.

Soundtrack is a very important element, and adds so much to the experience when well done. The same way, if it’s extremely simplistic or average, or doesn’t fit at all, it can even sabotage the experience.

That said, some funky reinterpretation or remake from a couple iconic AoE II tracks would be an awesome easter egg.

I really hope they made great music for the game. I really liked for example Heroes of Might and Magic 4 music. I listened to it a couple months ago and man the nostalgy wow. It basically makes you feel the game and the atmosphere.

we need this guys for mongols Yeah the hu is so funny for me. Would be good in the game.

Fallen Order is a great game - The Hu appearing just made it even greater.

But…! Nothing can beat OOOOHHHHMAAAAYEEEEEMAAAA.

Would be nice if the music would be appropriate to the culture and that it would progress and get more complex the further you are in the Ages, similar to how Civilization VI does it.

We know (it’s a really old “leak” from one of the member’s interview in Chinese) they used Tengger Cavalry for AoE4. The band that also did the Mongolian themes for Civ 6.

@Szaladon
That is already confirmed to be the case: 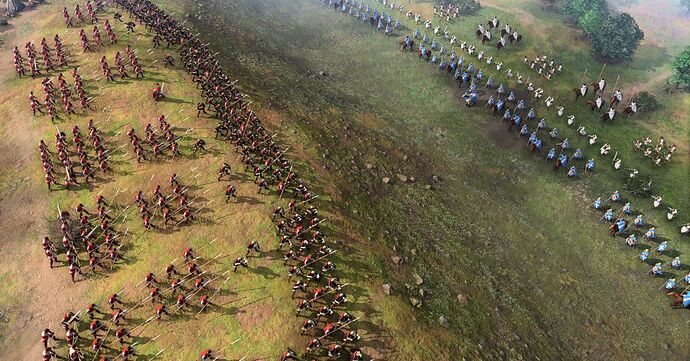 The team behind Age of Empires IV wants you to learn history while playing...

The game also looks at past games for inspiration.

“Similarly, the music starts as a stripped-down score with only a few instruments, evolving throughout the game to be a full orchestra as your civilization advances.”

“Similarly, the music starts as a stripped-down score with only a few instruments, evolving throughout the game to be a full orchestra as your civilization advances.”

I forgot, thanks for reminding me. I’m excited to try out AOE4 to see how it compares to AOE2. The only downside I see so far is the lack of American and African options in regards to civs.

I’d imagine this comes out similarly to how Civ6 does its music, which tbh I quite appreciate. If you havent already, find some examples of how civ6 starts with a simple melodic harmony and slowly builds it throughout your session so that it reflects your technological advancement, much like how it was described re finishing with a full orchestra etc.

They are conquering with music. I would like to show you Italian gesture for your music taste

From an old article:

Mikolai Stoinski, the composer for The Witcher 3: Wild Hunt and The Vanishing of Ethan Carter will create music for Age of Empires 4.

I’m confused. You made a thread about byzantines having walls that can only destroyed by cannons for historical accuracy but you have an issue with musical themes specific for each civ?

I find it a great idea. We see it very often actually in historical games.

Music should just be great, that’s all it should be, nothing else matters.