Let's talk about the Haudenosaunee rework

I think it’s imminent this month or next. What do you expect the hauds to receive?

Personally, I like how civilization is, but there are some interesting changes that I read on the forum.

Let’s also talk about possible skins for the WC. 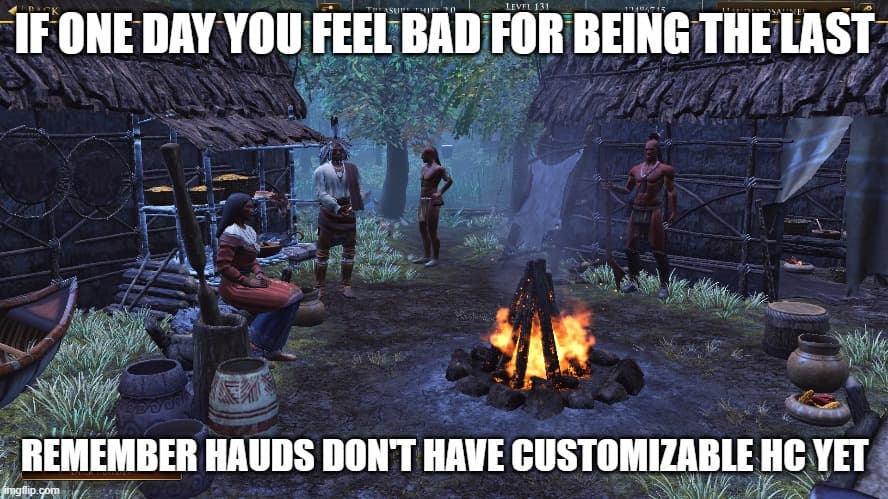 tomahawks being useable. just generally less bad at everything (except their melee stats, which are excellent)

a way to make tomas and kanya have a coin cost

consolidation of some of their unit upgrade cards. like, just give them cav combat instead of splitting it up. Siege discipline should be age 1 or 4 so its possible to fit in deck. takes too many cards to make their units useable lategame.

fur trade - infinite & 1 to 1, same as incas. Just let us flip food into coin repeatedly and that’ll fix a lot of iros coin issues without just adding like 5 more coin cards we cant fit in deck.

Prowlers, Musket Riders, Mantlets, Aenna. Please don’t adjust these units at all. they are excellent, well balanced in their current state, and the backbone of the civ.

Travois. Let us do more things with these. or increase the shipments at the very least. Age 2 - 2 travois - > 3 travois. something like that.

Support Cards. Please, these are all so terrible and the card to make them cheaper got bugged at some point and never reverted. Desperately want these to be better.

On the Mantlets, A lot of people want to give it a deflection ability like the Hosplitars and papal units to further emphasize its role as a tank.

As for the ram, I would turn it into an age 2 unit.

age 2 rams is a dangerous, but intriguing proposition

All I want is a home city option to turn that guy in red paint into something less terrifying. Maybe a kid building a canoe or a cool looking tree.

How about light cannons in 3rd age?

I think it was always weird that it was an age 4 unit. Like falconets it should also be available in age3, for me it’s a yes.

its probably because light cannon literally one shot a falc. They’re kinda like horse cannon as an age 4 unit, and i think the original devs really wanted people to use mantlets and rams

If they can add an extra multiplier against artillery to the Musket Ryder I would be infinitely happy.

In this game I managed to beat a Spanish that only got me falconets, only when I applied the 2 cavalry improvements I was able to do something, but my god, it was really frustrating and suffering

Original the Haudenosaunee were supposed to be the turtle of native civs, where they would steam roll you in age four with there cannons and high level of card upgrades. By DE this has changed a bit

Are you sure? They were very rush oriented civ in legacy

I have seen them do go turtling also. The ceremony that makes free travois allow you to spam war huts very quickly.

they can’t really do this, it would make them do too much damage to skirms and bypass artillery range resist, while making them worse vs other muskets (which they are already pretty bad against).

I said suppose to be. How they ended up being played was different