What I like to do is to put everything I am not using into the Lombards. That way, none of my resources are lying around not being used and any Wood or Coin I can spare to put into them give me a Food profit, which I can then invest again to continue the cycle.

Italy’s Food gathering rate from Mills is not bad, but it is about 25% behind the best of the European nations in that area because they do not have Economic Theory (10%) and Food Silos (15%).

You make more food back because food gathers faster. It’s not enough to be worth it though. Lombards become worse once hunts run out too because you’re no longer getting such a favorable exchange.

I think it would be a step forward if the UI shows the actual exchange rates. Like how the market does.

Italy’s Food gathering rate from Mills is not bad, but it is about 25% behind the best of the European nations in that area because they do not have Economic Theory (10%) and Food Silos (15%).

In supremacy games you will never send both food silos and eco theory though.

You are right, it is unlikely. I was just replying to your comment about Italy’s gather rate from Mills.

Voted no. Might reconsider based on some of the arguments in comments, though. The main thing I think the lombard needs is just some UI upgrades. First, there needs to be a counter where you can quickly see how much you have invested in each resource. Late-game you want it running all the time, especially with the Advanced Lombard and Usury cards sent. It functions as a pseudo-factory. So, that needs to be like the UI for the African market where you can see when you need to check in and manage it.

Seeing the actual exchange rates would be nice too. If it’s 1:1 with food, you still have incentive to do it for faster access to lumber for buildings and coin for units, but the player needs to know you’re not getting any extra.

Lombards need a serious buff. Italian eco is extremely weak in the late game with the lack of a factory and Lombards don’t equate to the value of a factory. Not even close.

Firstly there needs to be an auto invest feature, secondly the rates across the board need to be net gains without any carding.

The Dutch have banks that are literally free coin trickles, you’re telling me I have to pay for a mediocre trickle? And I lose a factory for this? Garbage.

A very small one, but yes

The max realistic rate that the Lombard can trickle a resource is 2/second (3 for food) when you invest both other resources.

Maybe increasing the price of the Lombard but also increasing it’s trickle rate would make it more useful. It would also make it more viable to send one with a card.
It’s not generating resources after all, it’s just converting.

It’s not a 2/second profit though, you need to invest 600 resources every few minutes for it to remain at 2/second.

Voted no but don’t think the xp nerf was necessary. Also they can combine the upgrade cards to be more viable in 1v1 sup, I’ve had 10 or so games reach age 4 and never once would I send the age 3 or 4 card, it just takes too long to pay for itself being a 1000/1600r shipment, but the fact that you have to spend 2 shipments on these… ugh

The age 3 card specifically that doubles lombard rate, it’s worth maybe 5 vil and only really becomes worth when you send the age 4 card, but tell me is any civ going to waste an age 3 card on equivalent of 5 vil? Average vil shipment in age 3 is 7-8, hausa even have 5+5 griot, if they want to make this age3 card viable then it should also ship 4 lombard!

Even though complaints about lack of auto-renewal for lombards has been mainly about treaty, I think the biggest design issue with lombards is in 1v1 where if you have 5 advanced lombards, you now have to make a decision about whether you will need 300 of x resource in the next 15 seconds. You have to do this for each resource, every 15 seconds. That is insane, and is a nightmarish macro mechanic for a slightly profitable resource conversion imo.

Discord - A New Way to Chat with Friends & Communities

Discord is the easiest way to communicate over voice, video, and text. Chat, hang out, and stay close with your friends and communities. 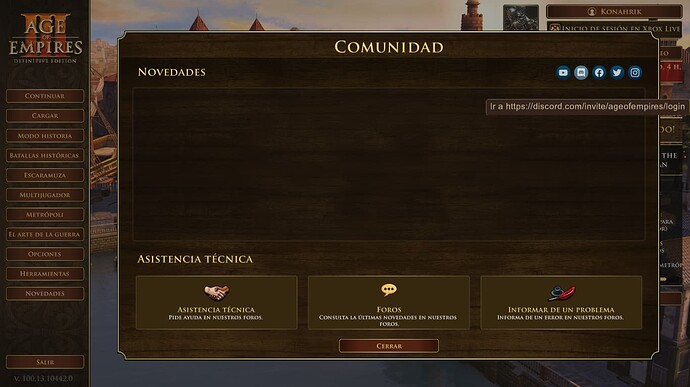 The update is out (Age of Empires III: Definitive Edition - Update 13.12327 - Age of Empires) and the lombard has not been changed.

Where the base exchange rate for wood needs to be improved (since it is equal to that of gold, being wood a resource that is harvested much more slowly)and some changes to the usury card that does not replace the loss of a factory.

That’s invalid comparison. Dutch is capped at 50 vills for that. You have to send TWO cards to just unlock them to 60. Italy 100 vill eco is still stronger than Dutch.